Prince William says No to another Royal Baby with Kate Middleton! 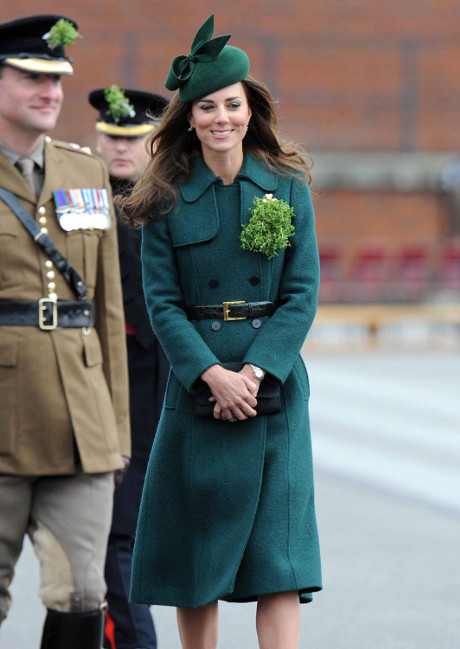 When Prince William was asked by a soldier if he wants another royal baby in his household, Will said no. But don’t worry, Royal Followers. Prince William isn’t ruling out the possibility of expanding his family in the future. Just for the time being. Right now, he says one is definitely enough. William said in his response to the soldier who initially asked the question, “Maybe one day. One’s enough at the moment.” We totally get it!

Prince Will and Kate Middleton were presented with this question at the Irish Guards’ military base in Aldershot, England. The couple were there for a brief St. Patrick’s Day appearance. Kate stunned in an emerald trench coat, with matching hat and shoes, and was seen handing out shamrock sprigs to hundreds of soldiers in the St. Patty’s Day parade.

Do you think Kate Middleton and Prince William are tired of answering this question: How many more babies AND WHEN CAN WE EXPECT THEM? I’m sure they understand it comes with the royal territory, but I bet it’s starting to get on their nerves. Do you agree with Will and Kate’s decision to hold off on a second baby? Leave your thoughts in the comments section below.