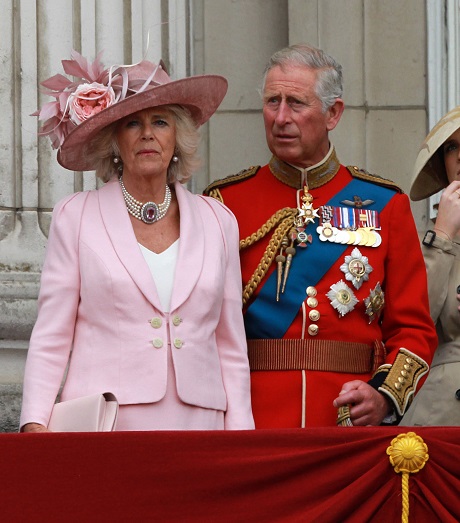 Camilla Parker Bowles has spent the majority of the last year swinging random threats at the royal family. She wrongly believed that threatening to talk to the press (if her financial divorce demands weren’t met) would serve her well and that, ultimately, she’d have the upper hand over Queen Elizabeth. Camilla is beyond livid that the Queen has decided to abdicate next year and consciously hand power over to Prince William rather than Prince Charles.

Cami originally thought that if she wouldn’t be on the throne she could lock down a $350 million divorce settlement by threatening to divulge family secrets. At first, Elizabeth seemed a bit daunted by that idea, but apparently she’s no longer afraid of Camilla.

According to the July 14th print edition of Globe Magazine, Elizabeth has told Charles to go ahead with the divorce rather than continuing to pacify Camilla. She also summoned Camilla to the palace and had a nifty chat with her, telling the duchess that she’s a complete disgrace and that the family needs to be rid of her. Of course, Camilla will walk away with some cash, but the royal family isn’t going to meet her outrageous demands, especially by being blackmailed into a nice payday.

Ironically, after being railed against by the queen, Camilla turned to Charles for comfort! Of course, he wasn’t feeling sorry for her and it lead to another gin-infused fight between the mismatched couple. It seems that Elizabeth is right: they just need to put an end to their miserable marriage. But do you think that Cami really will run to the press in order to try and cash in and embarrass the royals?