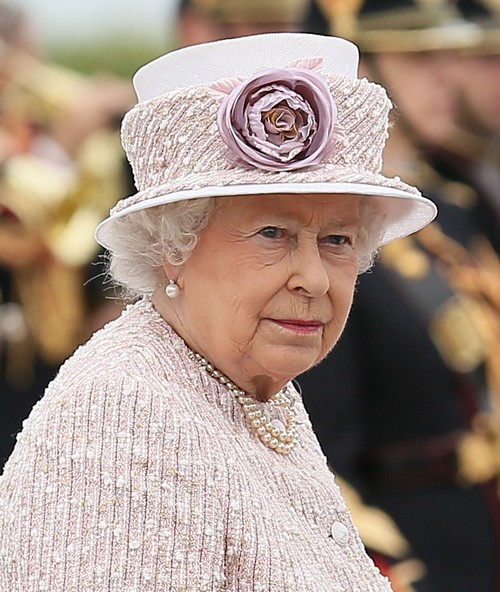 Queen Elizabeth is overjoyed that Kate Middleton is pregnant with her second child! Clarence House confirmed the news of Kate Middleton’s second pregnancy this morning, September 8. Believe it or not, they actually used Twitter to break the news, although they ended up releasing their official statement to various press outlets. The statement touched upon the royal family’s response to the news, and confirmed that both Queen Elizabeth and members of Prince William‘s family and Kate’s family were ‘delighted’ with the news. Um, duh. What, is the Queen supposed to be unhappy that she’s getting another great-grandchild, and the official ‘spare’ at that?

The statement also mentions that Kate is once again suffering from Hyperemesis Gravidarum, the severe and acute morning sickness condition that usually lasts for the first trimester of the pregnancy. She’s reportedly getting treated by doctors at Kensington Palace, but there’s a chance that she’ll have to be hospitalized. The royals are not going to take any risks with her health, but overall, it’s still happy news for the family.

After all, the Queen doesn’t want to put all her eggs in one basket, especially not when that basket is Prince Charles. This way, she gets Prince William, Prince George, and this baby. It doesn’t look like Prince Harry will give us a baby anytime soon, much less a wife. As such, this baby will officially be the ‘spare’ to the throne, even though George will no doubt inherit it when he grows up.

Anyway, putting aside the throne and ascension rules and all that royal nonsense, the Queen is just delighted that she’s getting yet another great-grandkid. Even though she puts up a tough [and/or bored] exterior, you can tell she’s a big softie when it comes to George and her other great-grandchildren.