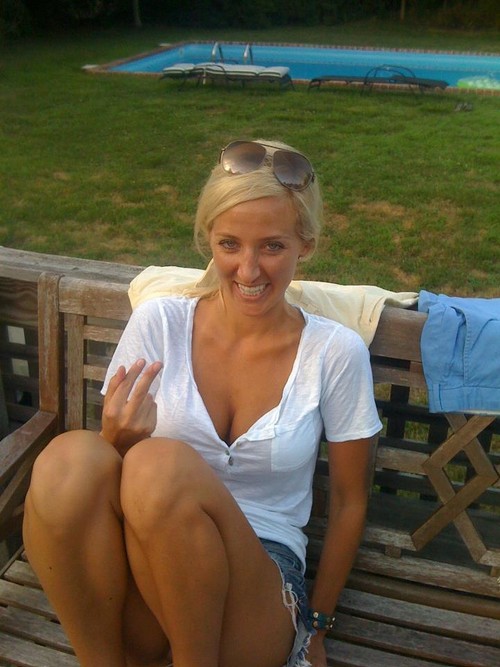 When will celebrity men ever learn? If you cheat on your wife eventually you will get caught and there is always a very good chance that your side chick will run to the media with something that will get you into even more trouble! The Real Housewives of New York City’s Ramona Singer has been married to Mario for over two decades and things went south when she caught him in bed with his much younger mistress, Kasey Dexter.

There were rumors of an affair and Mario supposedly had a chick bought, paid for and stashed somewhere but Ramona didn’t catch them together until this past January. She filed for divorce and then said in March that they were reconciling. Their status seems to change from week to week but Kasey has remained in the mix.

According to the May 5th print edition of In Touch magazine Kasey grew tired of being tangled in the lies and decided to pen a letter (that the magazine conveniently has a copy of) to Ramona, spilling all of the dirty details that she believes need telling. Kasey claims that she and Mario never split up, even after he moved back into the house. He still is paying for her apartment and what’s a letter without a bombshell, right? So Kasey claims that she selflessly aborted Mario’s baby last summer in order to protect Ramona’s daughter. Is the story that Kasey tells true? Who knows. She could have sent the note directly to Ramona but giving it to the press shows that there is at least a bit of spite motivating her, right?