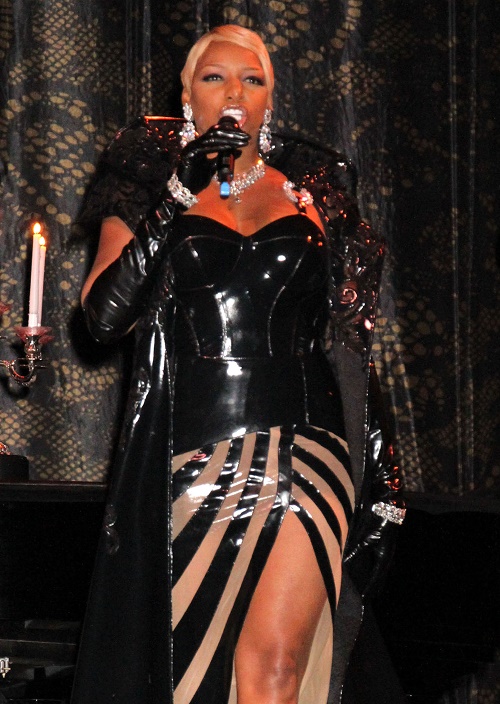 Real Housewives of Atlanta spoilers tease a major cast overhaul going down behind the scenes of the Bravo reality TV show, and some fan favorites are getting fired! Since Season 7 of RHOA kicked off in November 2014, the once uber popular TV series’ ratings have been dismal to say the least. Aside from Phaedra’s hubby Apollo heading to prison, the Atlanta housewives have really been lacking any major drama, besides their usual bickering amongst each other. According to a new report, Bravo is fed up with the divas high demands and lackluster performances, so they are firing almost their entire cast – including breakout star Nene Leakes.

According to the sometimes questionable website Media Takeout’s inside sources, “”This season did NOT bring the drama that we thought it would. The [Real Housewives Of Atlanta] is about real drama, not pretend fights and scripted scenes. The ladies didn’t bring it this season.” The site’s source goes onto explain that Pheadra Parks, Kandi Burruss, and Claudia Jordan are safe – but Bravo has already decides to fire everyone else including Nene Leakes, Kenya Moore, Cynthia Bailey, and Porsha Williams.

To be honest, we’re having a tough time believing Bravo would fire Nene Leakes, but then again, we know Nene has some major diva demands and is one of the highest paid housewives. So, with ratings sinking, the network is actually losing money having Nene on the payroll. If she’s not the delivering the ratings that she used to, then they can’t afford to pay her what she is demanding. Real Housewives of Atlanta is not the only Housewife franchise doing some major casting changes this year – and it seems like Bravo is axing a lot of housewives so that they can replace them with some fresh meat or veterans that they know can bring the ratings in.

What do you think, RHOA fans? Will Bravo really fire Nene Leakes? What about Kenya, Cynthia, and Porsha? Will you still tune in if those ladies are no longer a part of the Real Housewives of Atlanta cast? Let us know what you think in the comments below and don’t forget to check CDL for all of your Real Housewives spoilers and news.