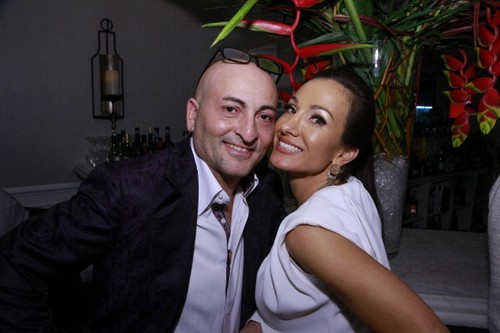 Real Housewives of New Jersey spoilers reveal that a no-holds-bar brawl went down between cast members while they were filming the Bravo reality TV show in Boca Raton, Florida, and of course it was all captured on tape. Victoria Gotti recently paid the Real Housewives of New Jersey a visit and dropped a bomb, revealing to some of the women that Theresa Aprea’s husband Rino had been cheating on her… with her own mother. Naturally the housewives were intrigued by the juicy piece of info, since Theresa and her hubby Rino have both denied vehemently that they have any problems in their marriage, and tend to brag about how happy they are.

According to Real Housewives of New Jersey spoilers in the September 29 edition of Star Magazine, all of the tension comes to a head when the ladies take a little vacay to Florida. Apparently Dina Manzo managed to cause the brawl by telling Theresa and her twin sister Nicole that Amber Marchese had been talking about her behind her back and spreading horrible rumors about their family. Amber insists she never told a soul what Victoria Gotti revealed about Rino’s disturbing affair.

Star Magazine reveals, “It wasn’t long before the women found themselves embroiled in an explosive brawl where even Amber’s husband Jim got in on the action.” Amber Marchese explains, “Jim was ready to go down there and take everyone out – he wasn’t in a good place with any of those people.”

According to RHONJ spoilers, the Florida melee will air on the September 21 episode of the Bravo reality TV show. Do you think that Dina Manzo instigated the entire brawl, or was the fight going down regardless, and she just sped up the process? So you believe the rumors that Rino cheated on his wife Theresa with her own mother? Let us know what you think in the comments below!