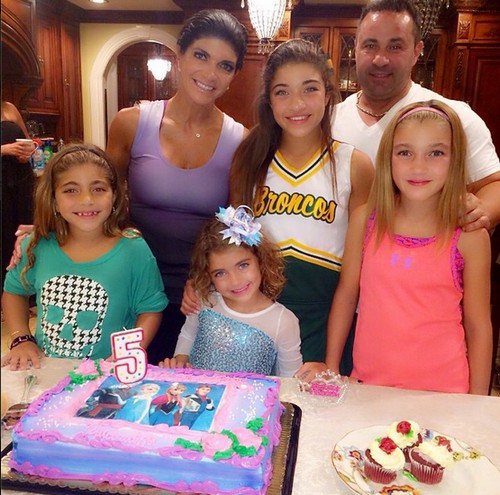 Teresa Giudice of Real Housewives of New Jersey is weeks away from getting sentenced, and is already fired as we have reported, but recent reports have been suggesting that she could get away with house arrest as opposed to serious jail time. What does that mean? Well, it basically means that her removal from The Real Housewives of New Jersey is all but guaranteed, as is her divorce to Joe Giudice.

What, you thought that she would stay with Joe if he had to serve serious time in prison? Her team has been going out of their way to leak all these divorce rumors to get the media sympathetic to her cause. Oh, look at the poor woman, betrayed by her husband and having to take care of their children all by herself. Teresa’s gotten this working like a well-oil machine, so much so that her lawyers are actually optimistic about getting her off with house arrest.

Now, whether she goes to prison or does end up with [only] house arrest, she’ll still be fired from The Real Housewives of New Jersey. There’s no way the law would let her leave her house for days at a time to film the show, and there’s no way the network would accept shooting the show under Teresa’s roof. The only solution is getting rid of her, and hiring someone to fill her place that’s neither hindered by criminal charges nor geographic constraints. Say, someone like Dina Manzo?

Also, you think Teresa and Joe would be selling their house if Teresa still had a job on the show? She knows her income stream is about to dry up fast, and it’s not like she’ll have her pick of jobs if she gets stuck under house arrest.

In the end, Teresa did bring this upon herself, and she’ll have to pay for it. Don’t do the crime if you can’t do the time. Amirite?