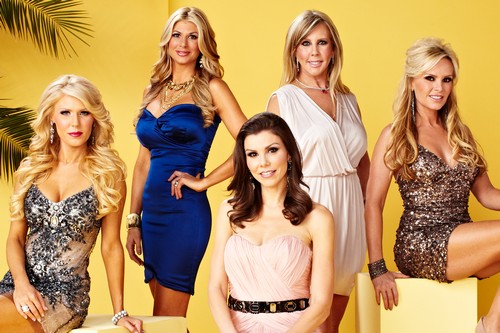 Bravo is seemingly on a firing spree, getting rid of housewives left, right, and center. According to reports, the latest casualty on the list is Real Housewives of Orange County star Tamra Barney. Apparently, Tamra is being given the boot from RHOC, with Vanessa Bryant [Kobe Bryant‘s wife] possibly coming to replace her.

We’ve already said farewell to some of our longest-standing Real Housewives members, including Aviva Drescher, Ramona Singer, and possibly even Teresa Giudice. But if Tamra’s joining the list, the show is sending a very clear message to all of their stars [and their celeb fans] – don’t grow an ego, or we’ll send your ass back to Timbuktu. We’ve also been hearing that Tamra is thinking of quitting the show to get a jump on the show firing her, which would make sense to preserve her reputation and maintain her brand image. After all, who wants the whole world to know they’re fired? We know because it’s our job to know this, but the general public probably doesn’t care about Tamra Barney, nor should they. If she suddenly decides to ‘quit’ the show, thta’s the narrative she’ll continue to maintain, even if the networks and people close to the situation know otherwise. Besides, Tamra Barney gave up custody of her freaking children for this show, so there’s no way she’s going to let them fire her without putting up a major fight.

But even if Tamra Barney does leave on bad terms, Vanessa Bryant >>>>> Tamra Barney. Vanessa has a higher public profile, she’s married to a prominent sports name, and she is a DRAMA QUEEN. When it comes to scripted TV shows, that means you’ve hit the gold mine. Unfortunately for Tamra, Vanessa’s gain will be her loss – and my, what a loss.