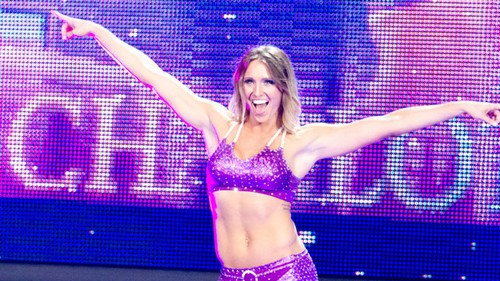 For decades, Ric Flair absolutely dominated every aspect of professional wrestling as world champ. His very name to this day makes one think “Champion” right away. Flair had many things that made him special, but it was the little details that made him the greatest. All these years later, we are starting to see the same little details come out of his daughter… WWE NXT Women’s Champion Charlotte, born Ashley Fliehr. Her reign is not nearly as long, but the signs are all there for her to dominate women’s wrestling for years to come.

Here are some things that she clearly got from her Daddy:

The ability to make others look very good – Charlotte seems to have a firm grasp on the fact that she is only as good as her opponent. Her matches against Paige, Natalya and even lately against up and comer Bayley shows that she is willing to put her opponents over. Flair always had an ability to make his opponents look phenomenal while still holding onto the championship. Charlotte appears to have the same ability.

A regal, championship aura – This particular trait is not as common as it might seem. Very few professional wrestlers have had the aura of a champion even when they are not holding the title. Flair always had that ability and whether he was world champion or in transition, he always seemed to be a champion. Charlotte is starting to have that same feeling about her. It is almost as though she is untouchable as women’s champion. Although her title reign is fairly new, Charlotte looks as though she has been on top for a very long time.

The arrogance – This is part of the in ring presence that I mentioned above. Both Flair and Charlotte have the arrogant, entitled attitude down to an art. Charlotte does her father proud with this particular aspect of her in ring persona.

The ability inside the ring – No matter how good her in ring presence is, Charlotte would be lost without the ability to perform inside the ring physically. Fortunately for us, that is the best thing about Charlotte. Her long and lean body is perfectly suited for the squared circle and she comes across as studied and powerful.

The respect – Whether it is because she is Ric Flair’s daughter or because she is the champion in WWE developmental, Charlotte already commands a ton of respect from both fans and fellow wrestlers. If she can maintain this particular feeling when she rises to the main roster, a new superstar will be born for sure.