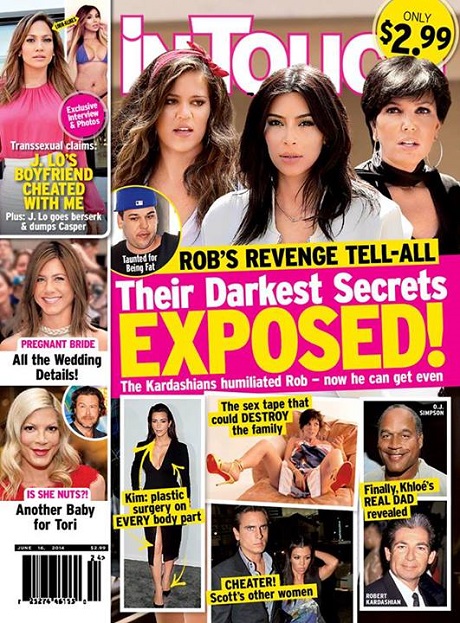 In the new edition of InTouch Weekly, Rob Kardashian is coming at his family with some lofty threats: He’s ready to expose his family’s deepest, darkest, craziest secrets for the entire world to hear in a new tell-all. So why is Rob threatening to expose his family’s craziness? According to the magazine, he’s ready to unload and dish the dirt because his family embarrassed him during his extreme weight gain. A tell-all grounded in revenge is the best kind of tell-all, right? Either that or a recipe for fictional disaster.

Wow, sounds like Rob Kardashian has a lot of juicy, juicy gossip for us all to read, huh? If Rob ever does produce a tell-all, you can bet your bottom that he’s going to anger the hell out of the Kardashians — especially grand mama momager Kris Jenner. It sounds like a lot of Rob’s secrets could hit the Kardashian franchise in a spot where it’d hurt, so we suggest Kris Jenner hug her little boy and make sure he keeps those lips of his sealed.