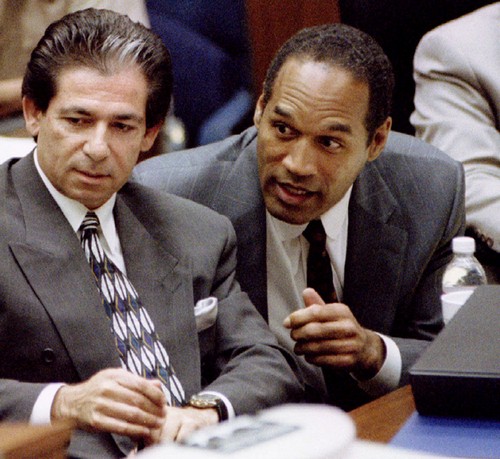 According to reports, the Kardashians may have hidden a crucial piece of evidence belonging to their father, Robert Kardashian Sr., from one of OJ Simpson‘s alleged victims, Ron Goldman.

Apparently, Robert, who was also O.J.’s confidante and lawyer, wanted this bag handed over to Ron Goldman’s family after he died. Unfortunately, the Kardashians never turned the bag over to Ron’s family, supposedly after getting advice that it wouldn’t have been a good move on their part.

Ron’s sister, Kim Goldman, told Radar Online, “We were notified by either a lawyer or someone from the Kardashian family that they had come across this bag among Robert Kardashian’s things. Robert wanted the bag to be given to me after his death. This wasn’t the Louis Vuitton garment bag that Robert took from [O.J. Simpson’s] house the day after the murders.”

However, she adds that the Kardashians changed their minds at the last minute, although she was never given a proper reason for why she never received the bag. She suspects that the Kardashians were advised against it because it might have contained some damning evidence about the murder, but she has no concrete proof supporting that theory.

We’ve heard enough about the murders to suspect Robert of helping his friend stay out of prison at the time. After all, it wasn’t just a shock to Ron’s family, but rather the world when O.J. got acquitted against all odds. Of course, he would end up in jail eventually, but it’s sad to think that Ron’s family never got justice. This mysterious bag that Robert wanted to give his family might have paved the way for that, and some sources are suspecting that it might have contained crucial evidence that could have been used to convict O.J. – and at that point, Robert would have been dead and thus couldn’t be held liable for withholding evidence.

Then again, if the evidence comes out now, the burden of that guilt may instead fall on the Kardashians.