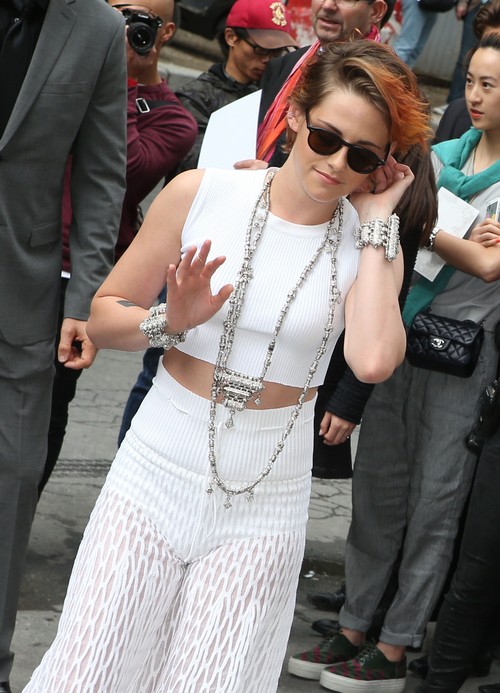 Cue the torches, Robert Pattinson is single and on the prowl. I know that makes him sound like some sort of predator, but what else do you call a Hollywood celebrity that turns up at a bunch of industry parties where the scantily clad women vastly outnumber the men?

According to reports, Rob has been showing up at a LOT of these parties lately with some of his guy friends, including Ryan Rottman. Apparently, Rob is one of the few dudes at these parties, which are primarily filled with women. And surprise, surprise, but Rob actually TALKS to these women. Gasp. I’m so sorry Twi-hards, I don’t know what to tell you. I know you thought that if Rob couldn’t be with Kristen Stewart, at least he would take a vow of celibacy and stay from women altogether. Unfortunately, Kristen Stewart doesn’t engender that kind of response in anyone, much less one of Hollywood’s most eligible bachelors.

Now, Rob’s been ‘single’ for some time now, barring all of his hookup and flings. He’s reportedly had a lot of one night stands recently, and has also been linked to Imogen Kerr and Katy Perry. Even though he’s not dating either of those women, there’s very little doubt that he’s at least hooked up with him – and more than once. But that just means that they have a casual, friends with benefits relationship.

This also means that Rob’s not necessarily interested in finding a girlfriend, because you don’t turn up at parties like this when you’re looking for a meaningful relationship. In that way, maybe he’s still not ready for another serious commitment. So if you were looking for a sliver of hope that Rob wants to get back with Kristen, there you have it.