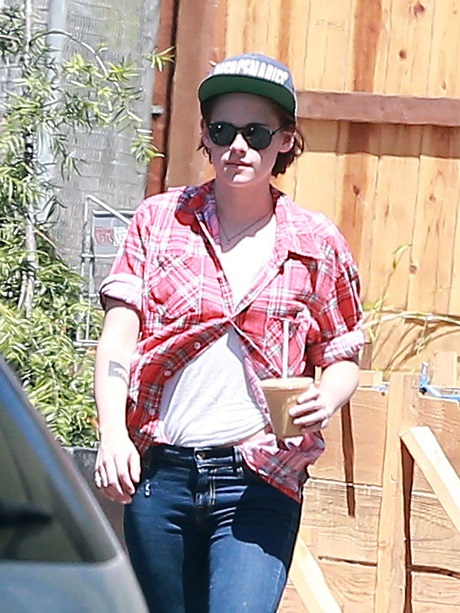 When Robert Pattinson‘s name started being attached to Katy Perry last spring, Kristen Stewart wasn’t all that concerned. In fact, she actually kind of took it as a sign that she and her former love might still have a chance to reconcile. Kristen, being her typically obnoxious self, believed that Katy was simply a replacement for her and that eventually Rob would come back to her looking for the real thing. After all, the two met on the set of Twilight and spent 4 years sharing the red carpet, as well as a bed.

Obviously, Rob and Katy didn’t gel as a couple, but he also opted not to return to Kristen’s waiting arms either. Instead, he seems to have found himself a new girlfriend by the name of FKA Twigs, or Tahliah Barnett. The singer, actress, and dancer is based in London and, while she just dropped her first album, girlfriend already has built a pretty solid fan base for herself. Rob and Twigs were recently spotted out together on a series of low key dates in NYC and once Kristen Stewart caught wind of it, sources say that she went ballistic.

Twigs is absolutely nothing like Kristen: she is clearly a unique performer and has her own style that Robert Pattinson finds appealing. He is no longer pining for the Misery Princess or trying to replace her with a prettier look-a-like. Instead, he is moving on and finding himself drawn to other kinds of women and that means that whatever Twilighty kind of spell that Kristen had on him is really over with.

Do you think that Rob may actually find love with FKA Twigs aka Tahliah Barnett or is it just a fun fling? When will Kristen ever get over her ex for real? Even when she is linked to other men — or women — she never comes across as totally invested in them because she is still hung up on Rob, don’t you think? Tell us in the comments below!