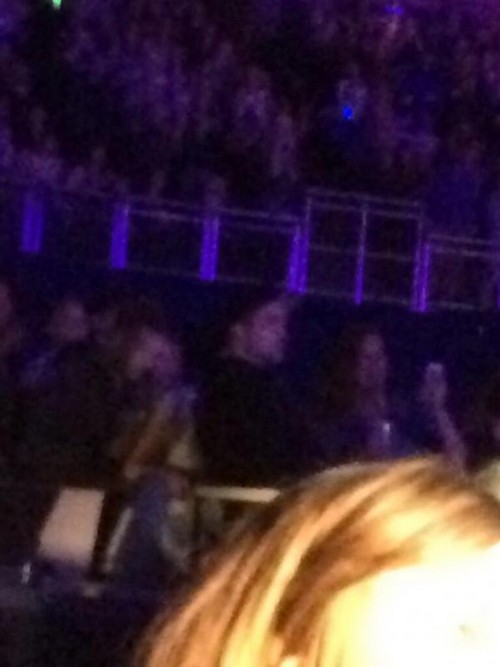 Batten down the hatches, Robert Pattinson has a new girlfriend! Rob was spotted with his arm around a girl at Katy Perry‘s concert in London last night, and both the photos and a short video from the concert show them looking pretty cozy. At one point, the girl lifts her arm to fist pump to Katy’s song, and Rob doesn’t remove his arm from her shoulders at all. Basically, they’ve either been hooking up for a while now or they’re dating.

Now, the real mission will be identifying this girl, but I have a feeling that Twi-hards are already on that one. I can already see them at their desks, typing furiously away and trying to find more pictures so they can figure out who stole Rob away from their beloved Kristen Stewart! And don’t be surprised if the fans somehow find a way to blame this girl for Rob not meeting Kristen at Cannes, although that might actually be a legitimate explanation for the non-reunion. 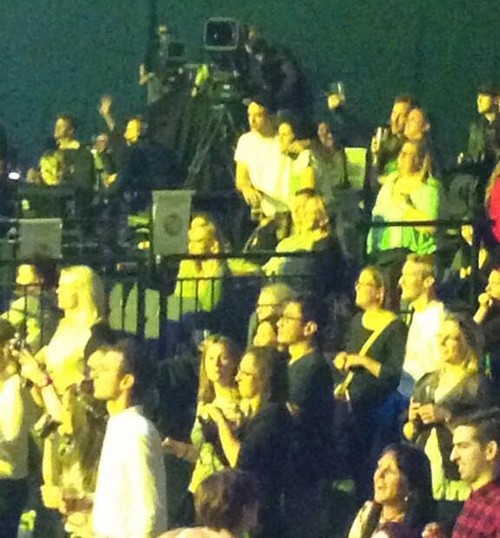 This now marks, what, the fifth girl that Rob’s been spotted being affectionate with in public since his breakup with Kristen last year? There were some that never even got identified, such as the woman that he made out with in Toronto while filming Maps to the Stars. It’s interesting to note that while he’s had this many rebounds, and is clearly not hiding them, Kristen still hasn’t even been linked to one person. Sure, there have been superficial rumors here and there, but she’s not been spotted being intimate with anyone, and sources close to her have stated that she’s been concentrating on her career for the past year. Plus, she was probably holding out hope that she and Rob would get back together if she gave him enough time, but it looks like that’s definitely not happening now.