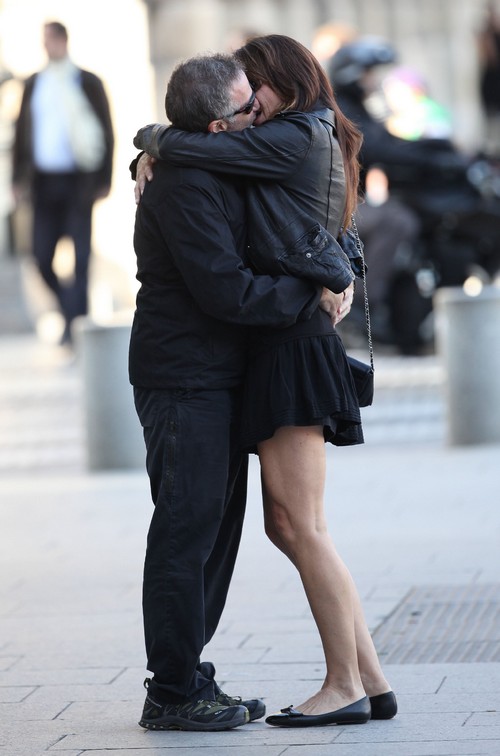 Robin Williams‘ death has left the entire world grieving for the beloved actor, but the reasons behind his suicide still remain under question. We know he was depressed, but how did circumstances end up with him committing suicide – cutting his wrists and then hanging himself – and what about his wife, Susan Schneider – where was she and what was the status of her relationship with Robin.

The press conference for Robin’s death revealed some new details about his suicide, primarily that he cut his wrists before committing suicide. They were superficial cuts, but at this time, there was no note found nor any other signs of his reasoning. What could possibly have led to Robin offing himself in such a drastic manner, with nothing left behind to say good-bye to his children or his wife?

First of all, why was he even alone? The guy was treated for depression a few months ago, and he clearly hadn’t recovered. He shouldn’t have been left alone for even an hour, let alone for the several hours that he was. Some people are speculating that it was a fight with his wife, Susan Schneider, that might have led to him doing this. Then again, depression is such a complex and difficult thing to go through, and he really might have gotten to the point that he didn’t want to go any further. I still think there’s more to his reasoning than just depression, because he could have just popped some pills and left behind a note for his kids – and he didn’t. He chose the most violent way to go out, short of a stab wound or gunshot.

The National Enquirer’s cover also had a feature on Robin’s tortured final moments, which may have had something to do with drugs. Whatever the reasons and the causes, there’s no denying that we lost one of the greatest entertainers in the history of cinema. Rest in Peace Robin, you will be missed.