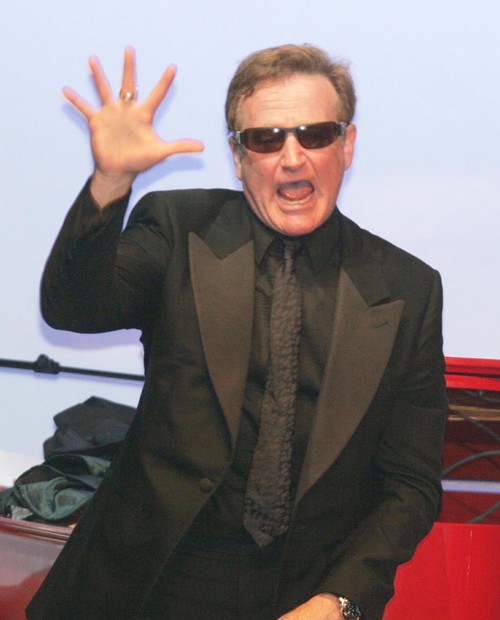 Robin Williams may be gone from our lives in physical form, but his massive array of movies, clips, quotes and performances will stay forever. This incredible talent has left an indelible mark on our society that will never fade. Robin was not only one of the most talented people on the planet, he was also among the most interesting. His life was about as full as one could ever hope for. Here are five facts about Robin Williams that you probably never knew:

Robin Williams Idolized Fellow Comic Jonathan Winters – It is hard to imagine Robin Williams following in anyone’s footsteps because his comic genius was so unique, but he loved Winters to death. Williams would often speak of Winters as one of his biggest comic influences and upon hearing about it, Winters was equally humorous. Winters was told that Williams considered him to be his mentor, Winters said, “Please, I prefer Idol”.

Many Considered Robin The New Bob Hope – Few people spent as much time overseas with our soldiers entertaining them and making them laugh. The constant love that he showed our men and women of the Armed Forces will be a legacy that is remembered alongside the greatest entertainers of our day. That said, Robin Williams was considered by many to be the Bob Hope of our generation. That is lofty praise but well deserved for the comic genius that was loved by so many.

Robin Williams was Overweight as a Child – Williams has spoken of being overweight and the troubles it presented for him as a child. He was lonely at times and would create little characters and voices to entertain himself. This inevitably led to much of his comic ability to improvise and come up with millions of characters at the drop of a hat. It is sad to imagine Robin beginning under such horrible circumstances, but it speaks volumes of the man’s power to overcome. Robin was a resilient man.

Nearly played The Riddler in Batman Forever – Although the role was famously played by fellow comic Jim Carrey, Robin Williams was really the first choice for the role. It is very easy to imagine how Williams would have performed because the Riddler is a character that is wild and impulsive. One can only imagine the improvisations and fun that would have come from this role for Robin. That said, the movie was considered a huge flop. No disrespect to Carrey is intended, but one wonders if Robin’s genius could have saved it?

Robin Loved Video and Computer Games – When it came to first person shooters and video games, Robin had a massive collection. He enjoyed playing them a great deal and even named his beautiful daughter Zelda Rae Williams after the legendary role playing game “The Legend of Zelda” when she was born. It is easy to imagine Robin enjoying these games and picking up comic genius as he went along. To be as funny as Robin, you would have to constantly watch the world around you. Video games give you a snapshot of what the world is paying attention to and would have been a great muse of sorts.

With Robin gone, the world is hurting. Please reach out to those around you that are hurting and help to overcome the depression facing so many. We can help if we are informed, so be sure to learn what you can about this horrible illness and stay close to your loved ones.