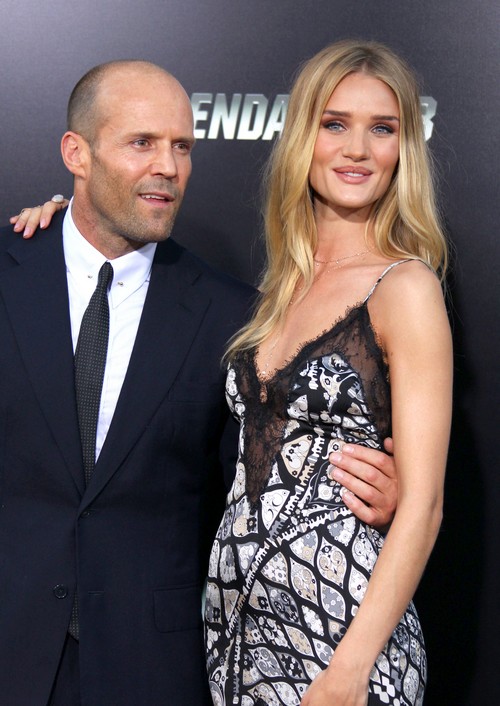 It seems like every other week, we’re getting a contradicting report about Rosie Huntington-Whiteley and Jason Statham. They’re engaged, they’ve broken up, they’re getting married again, they’ve decided to take a break, etc. The latest report from The Mirror [which to be fair, isn’t very reliable] claims that Rosie and Jason are getting married because they’ve decided to fully commit to each other, and apparently they weren’t at that point in their relationships before this.

The Mirror’s source adds, “The pair split last September for a short period but it seems the Hollywood hunk is ready to fully commit to her since he knows how important marriage is to her.” Right, because marriage is the end-all and be-all of these relationships. Rosie Huntington-Whiteley, despite being a successful Victoria’s Secret supermodel, is interested in getting married, but Jason Statham wasn’t? Come on! Plus, it’s much more believable that Rosie and Jason would have broken if they’d been missing from the public eye, and they definitely were. Although staying away from the public is never the kiss of death, and it could only have helped Rosie and Jason, not the other way around.

What do you guys think about the rumors of Rosie Huntington-Whiteley and Jason Statham getting engaged? Would you be very surprised if they did get engaged, especially since they began dating such a long time ago? Plus, the couple’s been together long enough that a proposal wouldn’t be out of the ordinary, especially when it comes on the heels of yet another breakup rumor.

In the end, I doubt Jason and/or Rosie would keep an engagement secret from us, but you never know. I guess one way or another, we’ll find out. Let us know your thoughts in the comments below.