Salma Hayek: Five Interesting Facts You Might Not Know! 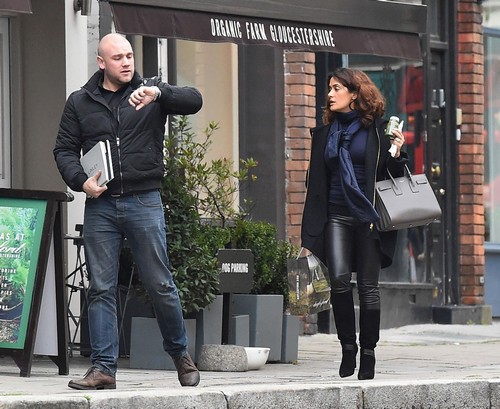 In the world of Hollywood, it is not always easy to stand out and make a name for yourself. For the beautiful Salma Hayek, that has never been a problem. The raven haired beauty of film’s such as Desperado, From Dusk Till Dawn and countless others has always made a big and powerful impression. Fans of the superstar are fairly well versed about her background. Here are five interesting facts about Salma Hayek  you might not know:

Willy Wonka and the Chocolate Factory was the movie that sent her chasing the Hollywood dream. It is hard to imagine, but the young Hayek was smitten with the idea after watching the 1971 hit in a local theater. Imagining this classic actress being bitten by the acting bug by such a silly and fun film is interesting. It also shows in her sense of humor across many roles. She has wonderful comedic timing.

Salma starred in a Mexican soap opera for her first big role. The show, Teresa, was a huge hit and made her a star in that country. Eventually she moved on to the United States to pursue bigger and better things amidst rumors that she was living a real life love soap opera. Apparently her fans in Mexico could not bear to lose her. One can understand why.

Salma is dyslexic and also suffers from ADHD. This has not hindered her efforts to become a leading lady as her films have garnered oceans of respect and excitement. In fact, many consider Salma to be the definitive Latin actress of her generation.

Salma can actually speak four different languages well including Spanish, English, Portuguese and Arabic. This clearly speaks to her heritage and her commitment to excellence in all things. Although she is Mexican-Spanish, she also has Lebanese relatives.

Salma is also quite involved in charity work around the globe having worked with causes such as AIDS/HIV, animal rights, diabetes, ADHD and countless others. Her work is well received and she uses her voice liberally. She is never one to be shy about something she believes strongly.

Although Salma has had a wonderful career thus far, her best work may be ahead of her. As she ages, her roles have become more refined and important. It will be nice to watch and see what she produces in the coming years.

Salma Hayek enjoys a day out shopping in London, England on November 13, 2014.