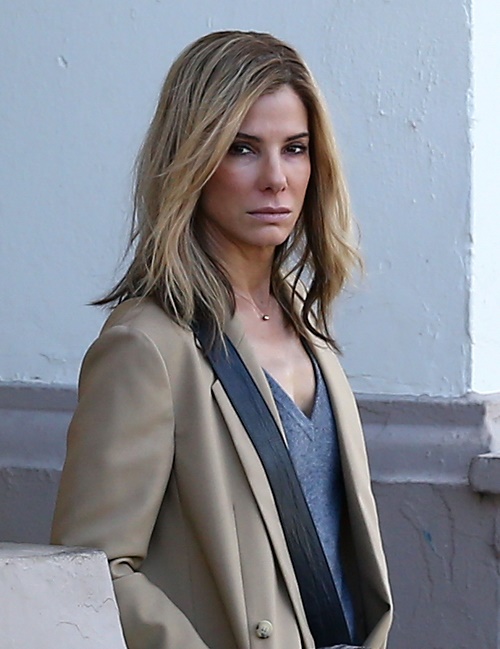 Sandra Bullock has been tragically single for what seems like forever, but she is now on the prowl for a boyfriend. Apparently, since she can’t have her longtime pal and rumored crush, George Clooney, she wants the next best thing: a man picked out by him. Despite rumors that Sandra Bullock is devastated by George Clooney and Amal Alamuddin’s marriage, Sandra is ready to mingle and begin dating again, with the help of George and Amal of course.

The January 5th edition of OK! Magazine reveals that George and Amal are planning on setting up Sandra on a blind date with one of their British friends. The magazine goes on to explain, “While Sandra has been focused on raising her son Louie, George’s wedding and his newfound access to British bachelors through wife Amal – has been an inspiration to Sandra.” An insider blabbed to OK!, “Sandra’s ready to be set up, she loves the idea of meeting one of Amal’s friends who isn’t in the industry.”

We’re not exactly surprised that Amal is lining up potential dates for her new hubby’s BFF Sandra. As a matter of fact, it’s rather predictable. Rumors of George Clooney and Sandra Bullock’s secret relationship and never-ending love saga have been floating around for years. If you were Amal wouldn’t you be more than happy to find your husband’s “best friend” (and possible mistress) a boyfriend? Do you think that there are any truth to the rumors about George and Sandra, or is Amal just being paranoid? Let us know what you think in the comments below!