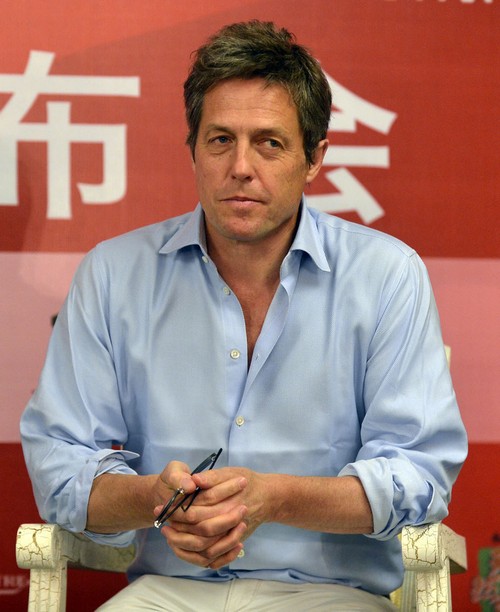 Apparently Sandra Bullock likes men that are a project. We all know how badly her marriage to Jesse James ended back in 2010 and it seems that she is still using her broken radar to choose the worst men possible. Sandra first met Hugh Grant back in 2002 while filming Two Weeks Notice and the two forged a fast friendship. They recently ran into each other at the Spike TV’s Guys Choice Awards and the sparks flew. The two have been spotted out and about together since then but not everyone close to Sandra approves.

According to the June 30th print edition of The National Enquirer those closest to the actress are worried because Hugh has a huge reputation for being a womanizer and they are afraid that Sandra is setting herself up to get her heart broken. She has not only been spending quality alone time with Hugh but he has even spent time with her 4-year old son Louis. Sources say that Sandra is acting unfazed by the fact that Hugh has 3 kids within 15 months, with 2 different women but it’s a little detail that is sure to bring problems to the couple if the relationship continues.

Sources say that Sandra is in desperate need of some fun and that is exactly what Hugh brings to the table, fun. She supposedly hasn’t been this happy with a man in years and is certainly not looking to put an end to things just because her friends don’t approve. Do you think that Sandra is taking things with Hugh seriously or is she just looking at it as a fling that is fun for now and she’ll move on when it’s time? Tell us your thoughts in the comments below!