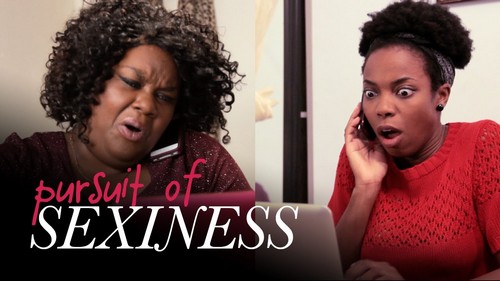 After years of being criticized for not increasing the diversity of their cast, Saturday Night Live has finally cast a black and female cast member. At one point last year, the criticism got so bad that SNL writers actually released a statement saying that they were actively searching for an ethnic actress and comedian to join the cast, and now they’ve finally found someone.

Sasheer Zamata has officially joined the cast of SNL, marking the first time in five years that a black and female actress has been part of the cast. Some of her colleagues have already spoken up about her casting, and although she apparently ‘works clean‘, she can do also ‘play dirty’, i.e. do raunchy and funny skits, the likes of which SNL specializes in.

Although SNL confirmed the news today, reports claim that SNL writers have been scouting Sasheer for the past two years. She was apparently part of an SNL showcase almost two years ago, which caused the initial interest. From there, it was really a matter of tracking her career and skills, and it’s obvious that SNL has had their eye on her for quite a while. Thus, this news shouldn’t really come as a surprise to anyone following the show.

Sasheer graduated university almost five years ago, and in addition to doing comedy at New York City clubs, she’s also gotten some buzz for her web series In Pursuit of Sexiness. Also according to sources, Sasheer’s ready to go, with an arsenal of characters that she’s ready to try out for the show. She’s obviously good, if she beat out of the competition to land such a competitive role.

Will you guys be watching Sasheer when she debuts on the show? She will make her first appearance in a couple of weeks on January 18th, with Drake as the musical guest. It’s about time SNL got some new blood, considering the show’s gotten increasingly stale over time.