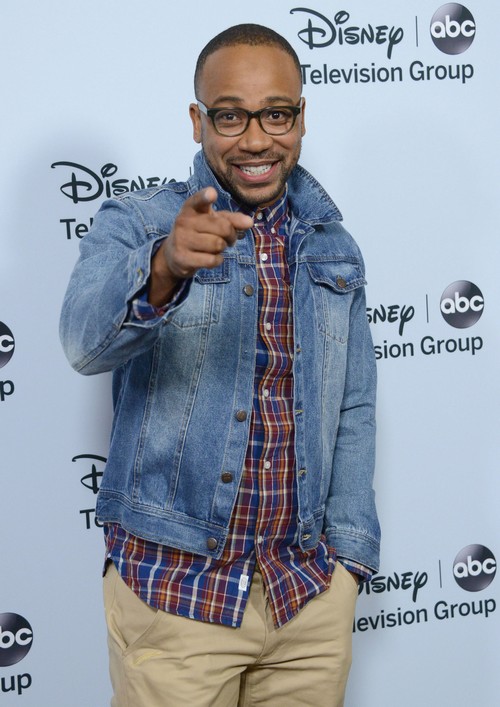 We are just hours away from the highly anticipated Scandal finale, but Scandal star Columbus Short has found himself in a scandal of his own. Short made headlines again today after his wife Tanee Short filed for divorce and was granted another restraining order. Tanee claims that on April 7th Columbus came home intoxicated and poured a bottle of wine on her, and then chocked her and held a knife up to her throat and threatened to stab her. Olivia Pope wouldn’t even be able to find a way to spin this story!

Sadly, this isn’t the first time we have heard of Columbus Short’s violent behavior. Last month the media was in a frenzy over the Scandal star when he was arrested for assaulting a man at an engagement party. It was also revealed that Short was on probation for a previous arrest when he assaulted a different man at a fitness center. Reports also emerged that Short was in a world of trouble because he violated his probation earlier last month when he was arrested for domestic violence and child abuse after he assaulted his wife Tanee in front of his young children.

Tonight the Season finale of Scandal is set to air on ABC and rumor has it Columbus Short’s character Harrison Wright will be killed off by the end of the episode. ABC had no intention of killing off Olivia Pope’s Gladiator Harrison in the finale, until he was arrested multiple times last month. According to several rumors that are making their rounds on the internet Scandal producers tweaked the finale script last month after Short was arrested for domestiv violence and child abuse. ABC is a prime time network that caters to families, and the last thing they need is an alleged woman abuser and child abuser on their payroll. As of last week’s episode of Scandal Harrison was being held hostage by Maya Pope’s terrorist partner Adnan. It wouldn’t take much to squeeze in an alternate ending and instead of rescuing Harrison, kill him off.

So Gladiators, what do you think about Columbus Short’s recent string of arrests? Do you think the rumors are true that ABC is killing his character off during the Scandal finale tonight? Let u know what you think in the comment section below!

Update: They did kill off Harrison! Check out our recap for all the details CLICK HERE!