Kerry Washington and Nnamdi Asomugha Happily Married Or Bearding For Each Other – Cheating With Tony Goldwyn? (PHOTOS) 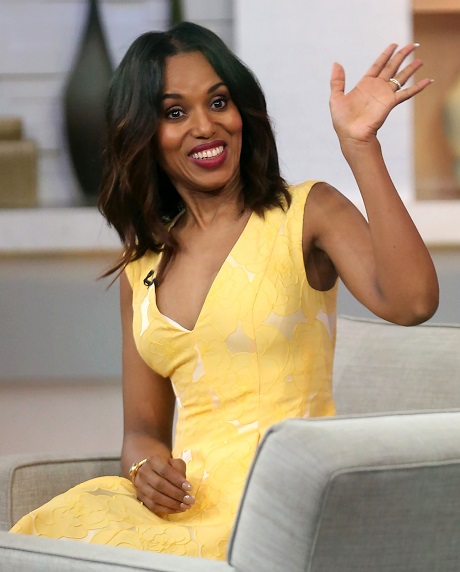 Kerry Washington and Nnamdi Asomugha got secretly married in 2013, to the surprise of her fans and even her friends. She reportedly didn’t tell many people that she was getting married, and although you could attribute it to her desire for privacy, some people are whispering that there’s more to the whole secrecy issue.

For example, some ‘sources’ have been whispering on about how Kerry is bearding for Nnamdi, who’s supposedly gay. Others are saying that Kerry’s secretly in a relationship with her Scandal co-star and love interest, Tony Goldwyn. And then, there are the more outlandish theories about how Kerry’s also hiding her sexuality by using Nnamdi as her beard. Is Kerry Washing to cheating on Nnamdi with Tony Goldwyn? Of course if Kerry is Nnamdi’s beard then she isn’t cheating, is she?

It’s hard to deduce what exactly is going on, considering how private Kerry’s relationship with Nnamdi is. However, they did meet and get married awfully quickly, not to mention springing Kerry’s sudden pregnancy on us. Perhaps Kerry just didn’t want the public to know who the baby daddy was, hence all the secrecy surrounding her marriage to Nnamdi?

Either way, Scandal starts back up this week, and Kerry’s back in Olivia Pope mode. It’s really her business who she’s married to, and until she says something concrete or we hear about it from legitimate sources, it’s all speculation. There’s a basis behind the speculation, but it’s speculation nonetheless. But as Kerry’s star in Hollywood continues to rise, she probably won’t be able to get away with flying under the radar as she’s done in the past.

What do you guys think? Are Kerry and Nnamdi happily married, or is there more going on beneath the surface? Let us know your thoughts in the comments below.