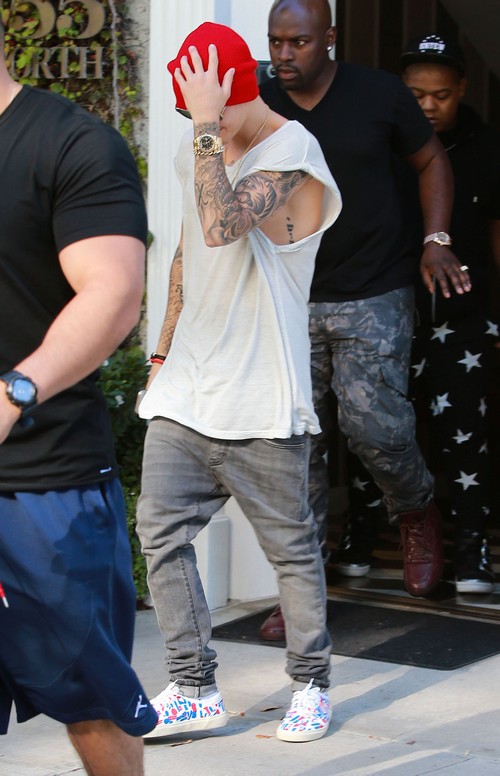 Scooter Braun is done covering for Justin Bieber, and he’s making that crystal clear in his latest deposition. Scooter was called in for questioning about Justin’s ongoing court case involving the Miami paparazzo, Jeffrey Binion.

Although eyewitnesses claim to have seen Justin verbally assault the paparazzo, Justin’s bodyguard took the full blame for the incident and Jeffrey’s injuries. But instead of having his client’s back, Scooter is fully and completely throwing Justin under the bus, saying that he’s responsibly for the actions of his security detail.

A source close to the court proceedings tells In Touch Weekly, “He basically said Justin takes full responsibility for the bodyguards himself and has since he was 18. Essentially, if you look back at the incidents Justin has had with his bodyguards in the past, they basically only started after he took control of the security staff.”

Well, yes, but the incidents also started when Justin turned 18 and was free to roam around the world, wreaking havoc and destroying his reputation. Obviously, we’ve already seen him attack paparazzi in videos, and he’s clearly volatile enough to do it again. Even though Jeffrey claims that Justin’s security assaulted him for no reason, Justin’s obviously behind everything his security does. As the source explains, “If Justin’s bodyguards chase, attack and take cameras from photogs, that would fall on Justin, because Justin is the one managing his own security. Scooter kind of just put it all on Justin.”

Yeah, Scooter’s snipping away the threads, slowly but steadily. Justin was his first big client, and he did a lot to establish Scooter’s name in the industry. But there comes a point in every manager’s life where they need to think hard about cutting off their clients, and I think it’s reached that point for Scooter. He has plenty of other opportunities with up-and-coming singers and even producing opportunities in the film industry, and he clearly doesn’t want to be tied down to Justin’s BS any longer.