Selena Gomez, Kendall Jenner, Justin Bieber Love Triangle: Who is Biebs Dating and Who is He Cheating On? (PHOTOS) 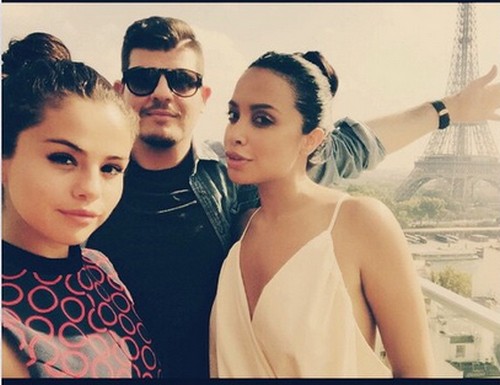 One day Justn Bieber is with Selena Gomez in St.Martin, the next he’s cheating with Kendall Jenner at dinner in Paris. Justin Bieber seems to be the ultimate Hollywood playboy right now. Justin and Kendall Jenner were seen swooning over champagne and food Tuesday night in Paris and it was all captured on video! Earlier the same day Justin Bieber was seen in Paris having breakfast with Selena Gomez!

After Coachella earlier this year there were rumors that Bieber was dating the younger Jenner sister Kylie, but there was no confirmation. Shortly after Coachella, Selena deleted photos of her and the Jenner sisters off Instagram and unfollowed them.

Selena Gomez said they are toxic, and didn’t think her life was going in the right direction as long as she was still associated with them. She also said they were distracting her from making music.

After weeks of leaving us confused there may be trouble for the on again off again pair. Bieber picked Kendall Jenner up at her hotel in a Rolls and they drove to the restaurant Ferdi.  They were ALONE at the restaurant.  Some say they are just friends, but would just friends need a whole restaurant all to themselves?  X17online reports, “They looked like old friends meeting up for dinner, but there was definitely a spark between them.”

To add more fuel to the fire, Kendall posted an Instagram picture of Justin “kissing” her on the cheek last month while in Ibiza, Spain.

But maybe the Biebs and Selena are over.  Just a few days ago she was reportedly dating Austin Mahone.  Wouldn’t that be illegal since he’s only 17?  An unnamed source tells UsWeekly.com: “They’re seeing each other.” They were first spotted hanging out January 14 at the Beats Music concert in Los Angeles.  Taylor Swift is reportedly responsible for this new relationship—dare we call it at that.

With all the sightings of them together it seemed like Justin and Selena were back together, but girl how stupid can you be? It’s time for her to let it go or keep or get used to him hanging out with lots of women.

Check out Selena Gomez in Paris chasing Justin Bieber who is two-timing her with Kendall Jenner!