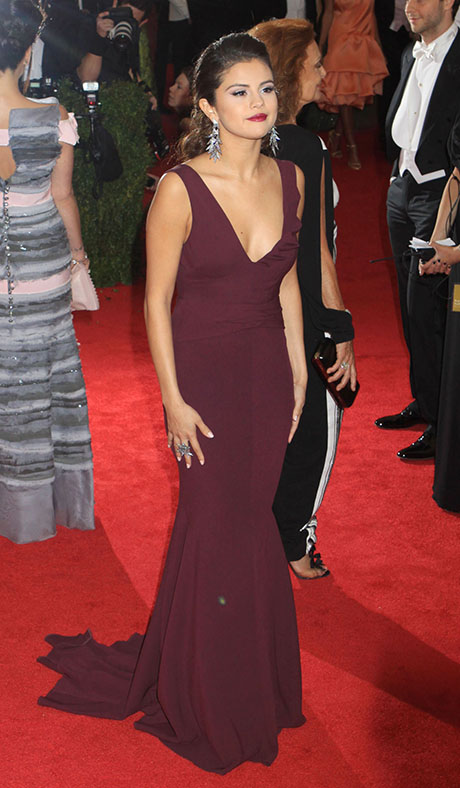 Trying to cope with fame while mending a broken heart by Justin Bieber continues to be a challenge for Selena Gomez. The former Disney star has become so lost that her grandparents fear she may not be able to come back from the wrong path she’s been traveling down. Ricardo and Mary Gomez have spoken to Radar Online and discuss their concerns of Selena’s drug use, rehab stint, and her shocking illness.

Selena’s road to fame began when we she was just 10 years old. Landing a recurring role on Barney was her big break. She did about 50 episodes of the popular children’s show, and then Disney started calling. She was 13 when she was offered the main role on Wizards of Waverly Place — and even then Mary and Ricardo saw trouble.

It’s possible Selena wasn’t fully prepared to be a Disney star but if her mother and manager, Mandy, had any say, she had no choice other than to do the show. Mandy had Selena when she was just 15 years old and wanted her daughter to be famous. She named her new baby after the famous singer Selena Quintanilla and was entering her in modeling competitions by the age of three.

Selena fired her mother/manager a few months ago but the damage has already been done. Wizards of Waverly Place and a moderately successful music career catapulted Selena to A-List status and now she is struggling to handle the pressure and busy work schedule.

“She hardly takes some time out. There was some pressure, first because it’s a lot of work,” Ricardo told Radar. “The doctor was telling her she needs to take some time out. It’s just too much pressure what she’s going through. It’s just too much! She doesn’t have a single day’s break. … It’s getting to the point with all this pressure …that it’s too much,” he added.

In December 2013, Selena canceled several tour dates and checked herself into an Arizona rehab. Some news reports claimed that she was recovering from drug and alcohol addiction. Others stated she was dealing with emotional issues caused by her tumultuous relationship and break up from Justin Bieber.

“We just saw in some newspaper that she was doing drugs. I called her and said, [you] need to watch out,” Ricardo said. Although her grandparents reached out to her, she reassured them she was fine. However, they were not convinced and they also revealed that Justin was, in fact, one of the sources of Selena’s problems.

Ricardo and Mary also worry about Selena’s health. The actress was recently diagnosed with lupus. They confirmed that she’s receiving treatment for the illness but want her to take some time off.

“What worries [us] more is that she doesn’t know how to say no. She won’t take time for herself to relax, to eat well. She doesn’t even come home to eat some of grandma’s cooking anymore.” She used to stop by her grandparents’ home at least once month to catch up, even if it’s just for one night.

“The sad part is we hardly see her nowadays, just by phone …When we talk on the phone we say, ‘We don’t see you in person but we see you in the news, in the newspaper, the TV… Are you ok?’” Ricardo tells Radar. “She says, ‘Yeah.’”

Ricardo and Mary Gomez are clearly worried about their granddaughter and sounds like they have reason to. Do you think Selena is heading down the wrong path paved with drugs and a toxic relationship? Tell us what you think and leave a comment. Do you think Selena Gomez’s grandfather should be talking to the media?