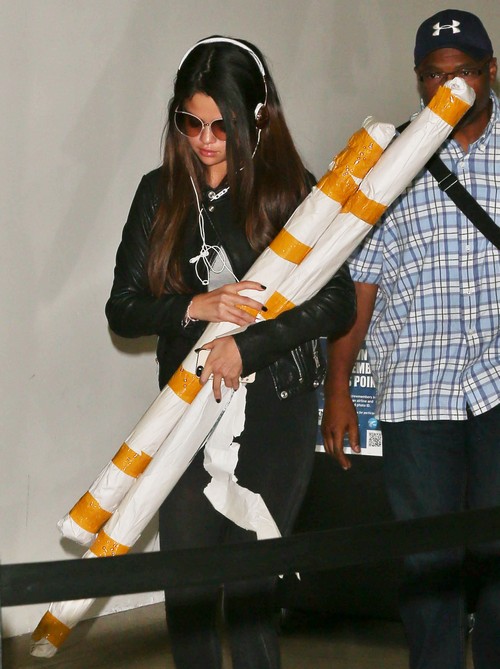 Selena Gomez and Justin Bieber may have gotten back together and broken up again recently, but what led to their initial blowout in 2012? According to reports, Selena was pregnant with Justin’s child, but ended up miscarrying the baby.

According to In Touch, a ‘source’ close to Selena claims, “In 2012, she got pregnant and miscarried Justin’s baby… Nothing in her life has been the same since.” Apparently, Selena was desperate to keep the baby and thought it was a sign of her and Justin’s ‘everlasting love’.

Um, sure. There is absolutely NO WAY that Selena was ‘desperate’ to keep the baby. While it’s very plausible that she got pregnant – I mean, she and Justin were dating for several years and I doubt he was responsible enough to use a condom each time – there is no way her family, her agents, her managers, or anyone from her team would let her make the decision to keep the baby. It would ruin her career and ruin her Disney fan base in one fell swoop, and considering that this supposedly took place in 2012, there’s just no way that Selena would have or could have had this baby. Of course, the whole thing about the miscarriage is probably made up. Even her reps have denied the rumors, saying that it’s utter nonsense.

You know, the fact that her reps have spoken out actually makes me think that there’s something else to this story. If we keep following this line of thought, perhaps Selena was pregnant but ended up having an abortion? Of course, they would have to keep the whole thing out of the press, but would it be so hard to believe? It would also account for Selena’s drastic behavioral changes since 2012. Though we initially attributed that to her breakup with Justin, it could just as easily have been from this. Plus, her drugs and alcohol usage – and her stay in rehab – could all be traced back to this one event.

Selena looks like she is in her own world, no?