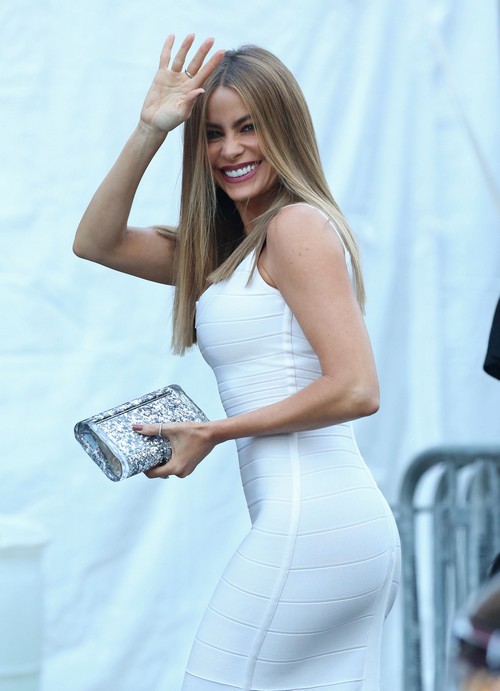 Sofia Vegara recently split from her fiance, Nick Loeb, but it hasn’t taken her long to move on. According to US Weekly, Sofia has already found a rebound relationship with (now dead) True Blood star Joe Manganiello.

A source tells US, “It’s very, very new. They’re having fun and getting to know each other.” Apparently, the two met for the first time at the White House Correspondent’s dinner in May, although Sofia was with Nick at the time.

Clearly, there were sparks between them because it’s just been a few months since then, and they’re already dating. US reports that Joe and Sofia haven’t been shy about going public with their relationship, since they were spotted by fans having dinner at a popular restaurant in Louisiana. These fans tell US, “They were very friendly and took pictures with other diners. They held each other and kissed several times.“

US also adds that Joe has always had a huge crush on Sofia, and this is a dream come true for him. A third source adds, “Things are going well for them so far. Sofia had no idea that he had been crushing on her for a while.”

Well, it’s always nice when celebrities manage to date someone that they’ve liked for a long time, although the illusion usually wears off sooner rather than later. Joe’s profile recently increased thanks to his role in True Blood and his shirtless scenes in Magic Mike, and he’s probably at the same level as Sofia right now – an incredibly famous TV star that is dabbling in movie roles every now and then. But now that they’re dating, their relationship is probably going to propel them both into a new dimension of tabloid awareness.