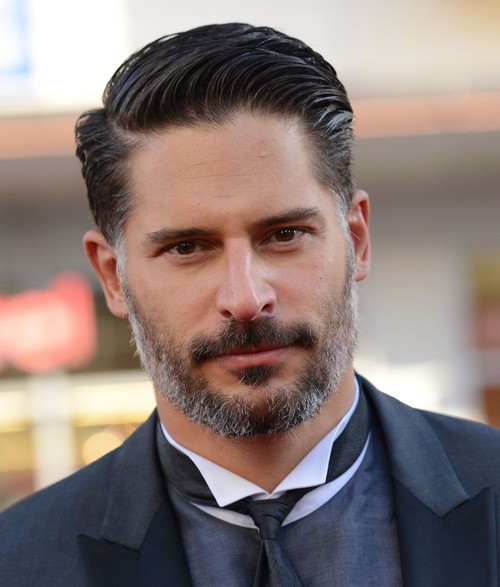 Uh-oh, I can see True Blood fans starting a riot on the streets if this is true. Joe Manganiello, who plays Alcide Hervaux on the show, has recently hinted in an interview that his character may meet an untimely end in the final season of the show.

He teased Alcide’s death on What Watch Happens Live, explaining, “I think it creates a sense of urgency and electricity to the season that anybody could go at any time. No one is safe.”

Several recent also suggest that the show’s writers could be deviating from the source material, where Alcide is still technically alive. I mean, they’ve barely kept to the text as it is, so why would this be so shocking? Tara Thornton’s [Rutina Wesley] already died, and the showrunners have already teased several major deaths in the next few episodes. What would be bigger than killing off Alcide? Other than killing off Sookie Stackhouse [Anna Paquin] or Bill Compton [Stephen Moyer], I mean.

Plus, the show seems determined to go out with a bang, if the premiere was anything to go by. The writers are clearly responding to people’s criticism of the recent seasons, which fans called slow, boring, and static. The seventh season has so far been anything but that, starting with Tara’s death and hinting at several more to come. If Joe is right, the fans are in for some big surprises. Of course, Joe could just be trying to throw us off the trail, since speculation over the final season has reached an all-time high.

What do you guys think is going to happen? Will Alcide die? Let us know your thoughts in the comments below.