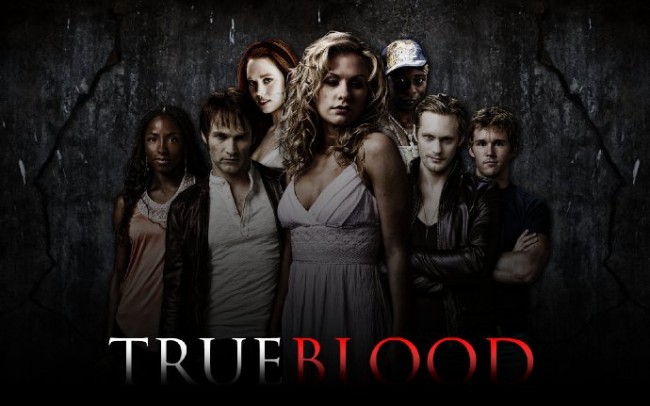 In Season 7 of True Blood, spoilers indicate that a major character will die before the opening credits of the premiere episode even roll. And it’s just two more days until the seventh season premiere of True Blood! This is the last True Blood-themed premiere party you’re going to be able to host, so make it good. We’ve also tried to arm you with some spoilers to either annoy or impress your friends and family.

We already know that the seventh season will be focused on fighting the Hep-V infected vampires, and we know that the humans and ‘regular’ vampires will both team up to fight that threat. Entertainment Weekly recently revealed that a MAJOR character would die before the opening credits even rolled, stating, “Hep-V-infected vampires are pulling bodies out of cars, feasting on flesh, and kidnapping people from Bellefleur’s. Luckily, they’re also killing superfluous plot lines. A major player is dead before the opening credits even roll.”

Apparently, these zombie vampires are going to be a major, major threat, but we already knew that. They’re described as much more weak than the vampires we’ve come to know and love, and what’s worse, they’re extremely driven to drink human blood in large quantities. They’re still intelligent enough that they’re able to mobilize and form together to find humans, but they’re basically behaving like horror movie vampires as opposed to the sometimes operatic vampires of True Blood.

We can already start speculating on who the major death will be, but I’d take a bet and say it’s not likely to be Bill Compton [Stephen Moyer], Sookie Stackhouse [Anna Paquin], or Eric Northman [Alexander Skarsgard]. Since we know that there’s a love triangle between Alcide Herveaux [Joe Manganiello], Bill, and Sookie, we can safely say that Alcide isn’t going to die either. That leaves any number of our numerous supporting cast members….

Who do you guys think will bite the bullet? Who in your mind would be considered a superfluous plot line? Let us know your thoughts in the comments below.