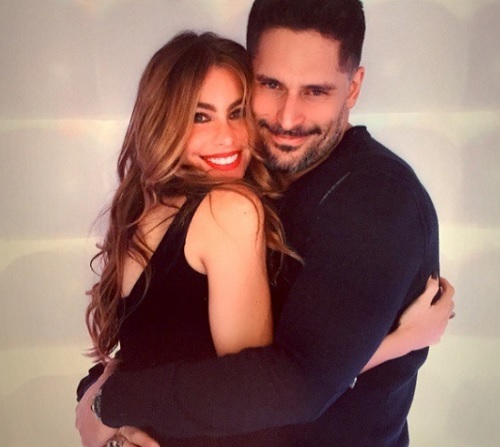 Sofia Vergara and Joe Manganiello are engaged, y’all! Well, that was fast, wasn’t it? The duo began dating in July, a mere few months after Sofia broke off her engagement to Nick Loeb. According to reports, the relationship moved incredibly quickly and both Sofia and Joe are head over heels in love with each other. The couple hasn’t yet confirmed the news, via social media or otherwise, but E! News confirms that Joe proposed to Sofia on Christmas. Plus, Sofia has been spotted wearing an engagement ring in Hawaii, where she’s on vacation with her new fiance.

The two have also been so incredibly mushy on Twitter and Instagram lately that an engagement doesn’t come as much of a surprise. Sofia Instagramm’d a picture of her and Joe on Sunday, in honor of Joe’s birthday. She captioned the photo with, “Happy happy bday to my love and best friend ♥ ♥ to the one that makes me laugh like crazy! have a healthy wonderfull year babe!!! @joemanganiello.”

Again, who’s actually surprised by this? Anyone with two eyes could see an engagement coming from a mile away, especially with how fast their relationship moved. They met in July, went public a few weeks after, remained publicly gushy over each other, and for all intents and purposes, couldn’t keep their hands off each other. Plus, Joe Manganiello had been open about his admiration for Sofia Vergara even before they began dating, when he reportedly said, “She’s got the curves, she’s got a beautiful face, beautiful hair, just gorgeous.” Clearly, it was meant to be.

What do you guys think about Sofia Vergara and Joe Manganiello getting engaged? Are you surprised that it’s happened so quickly, or were you expecting it? Let us know your thoughts in the comments below