Sony Hacking Scandal: Hackers Say 9/11-like Catastrophe Will Fall Upon Any Theater Showing ‘The Interview’ 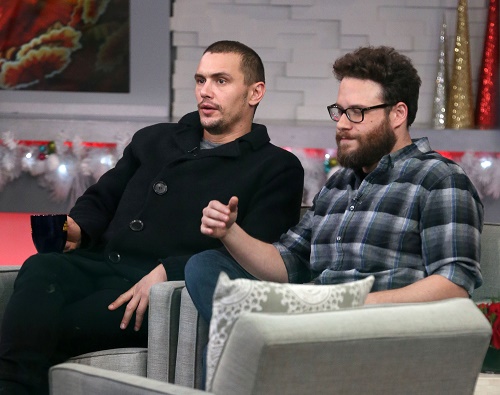 The Sony hacking scandal is blowing up the Internet, and the company still hasn’t found the culprit(s); however, some think it was an inside job, whereas others are saying North Korea played a hand in the hack. People believe North Korea may have something to do with the hack given the subject matter of Sony’s recent film, The Interview, which features James Franco and Seth Rogan in a fictional mission to assassinate North Korea’s leader, Kim Jong-un. North Korea was adamant the film not be released.

Now, the hackers behind the attack have released a rather terrifying message. Basically, to sum it up, it says that a 9/11-like devastation will be unleashed upon any theater daring to screen the movie. The letter, word-for-word, has been reproduced below:

“We will clearly show it to you at the very time and places The Interview be shown, including the premiere, how bitter fate those who seek fun in terror should be doomed to. Soon all the world will see what an awful movie Sony Pictures Entertainment has made. The world will be full of fear. Remember the 11th of September 2001. We recommend you to keep yourself distant from the places at that time. (If your house is nearby, you’d better leave.) Whatever comes in the coming days is called by the greed of Sony Pictures Entertainment. All the world will denounce the SONY.”

The details are currently developing and we’ll be sure to update you on any further news regarding this story. What do you make of the Sony hack? Who do you think was behind this elaborate security breach?