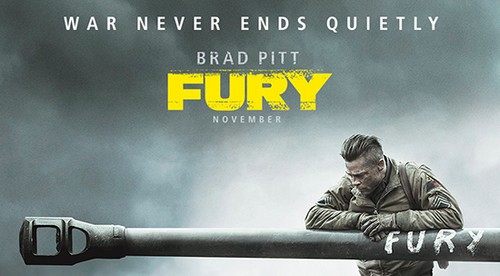 Sony’s network was hacked earlier last week by a group calling themselves ‘GOP’, or Guardians of Peace. For some reason, they seemed to think films are a priority in securing the aforementioned peace, and have hacked into Sony’s network and leaked several unreleased films, many of which are awards season contenders.

The biggest leak is clearly Annie, since it’s the biggest budget Sony film on the list and will do the most damage to the studio. The movie isn’t set to come out until December 19th, but it’s now available for any enterprising viewer to watch online.

Unfortunately, other films will also be damaged by this hack, though maybe not as much. These films include Still Alice, Mr. Turner, and Fury [which has already been in theaters for a few weeks and will probably be least affected by this leak].

Now, there are several different ways of looking at this. One way is that Annie is a movie predominantly targeted at children, and children are obviously not going to sit there and stream movies on the Internet. In that scenario, the movie’s box office shoudn’t be too drastically affected, especially since it’s the holiday season and family films are sorely lacking.

Now, the Kristen Stewart and Julianne Moore starring Still Alice will probably be affected, since the movie is small budget and doesn’t have enough buzz to motivate people to seek it out in theaters. Julianne Moore’s Best Actress Oscar buzz for the movie continues to built, but is it enough to save the movie’s fate at the theaters? Only time will tell.

What do you guys think about the theft and release of the movies? Let us know your thoughts in the comments below.