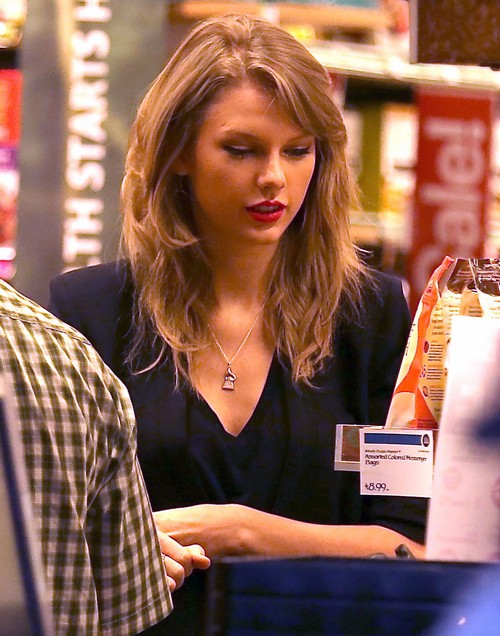 According to the latest report from Star Magazine, Taylor Swift is ‘depressed’ about her single status. Um, what single status? She was just linked to Douglas Booth less than a few months ago, and she was linked to Snapchat CEO Evan Spiegel a couple of weeks ago.

Anyway, Star’s supposed source explains, “She’s incredibly down. She just can’t seem to find the right guy. She said, ‘I just don’t get it. Why can’t I keep a guy? I feel like I’m turning into Jennifer Aniston. It’s just so unfair.’”

Of course Star would compare Taylor to Jennifer Aniston, except the difference between them is that Taylor’s publicly dated more men that Jennifer’s even been linked to.

Star also manages to run down all of the men that Taylor’s been linked to in the past month or so, explaining, “Jared Leto ran for the hills after she chatted him up at a Golden Globes after party; Snapchat CEO Evan Spiegel hasn’t called her back after they went to a New Year’s Eve party together; and actor Douglas Booth totally brushed her off at a West Hollywood bash last November.”

Right now, to some degree, being seen as Taylor Swift’s boyfriend will do you more harm in Hollywood than good. Nobody wants to be sung about in a song for the whole world to hear, and that kind of notoriety would obviously keep men away. That being said, Jared Leto doesn’t give two shits about a woman’s reputation before dating her, and Evan Spiegel doesn’t even work in Hollywood. So sure, Douglas Booth may have run for the hills. But I doubt Taylor’s sitting at home, crying her eyes out, when she could be hanging out with billionaire CEOs and future Oscar winners.