Taylor Swift Losing Weight – Is She Starving Herself? (PHOTOS) 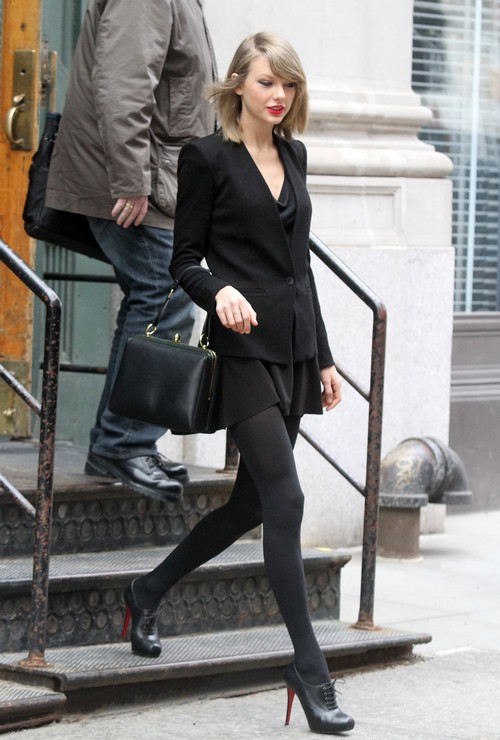 The mystery of the incredibly shrinking starlet – a very common phenomenon in Hollywood, unfortunately. This time, Taylor Swift is the starlet in question, with insiders and fans worried about the drastic amounts of weight Taylor seems to be losing.

Her waist has shrunk to almost disappearing proportions, and with side-by-side comparisons of her weight from 2011 and 2014, her body doesn’t even look like it belongs to the same person. Fans have started chiming in on Twitter, with them noticing how much weight she’s lost and telling Taylor to ‘eat McDonalds!’

A famous nutritionist who hasn’t treated Taylor, spoke to Radar Online about her apparently shrinking body size, and explained, “Taylor still appears to be within her healthy weight range, however she is right on the lower end of the scale now. I wouldn’t want to see her losing anymore weight.”

So what exactly is causing Taylor’s weight loss? According to reports, Taylor has been spotted working out almost every day at the Tracy Anderson gym over the past few weeks, and following the intensive Anderson diet – which includes only 500 to 1000 calories a day, even with strenuous exercise thrown into the mix.

It’s truly unfortunate, especially because Taylor is a role model for many young women. Young teenage girls already have so few role models that haven’t already gone off the deep end [cough, Selena Gomez], and they don’t need one that looks like she’s starving herself to lose weight. Even if it’s not true, Taylor would do well to gain a few pounds and start looking like a healthy version of herself again.