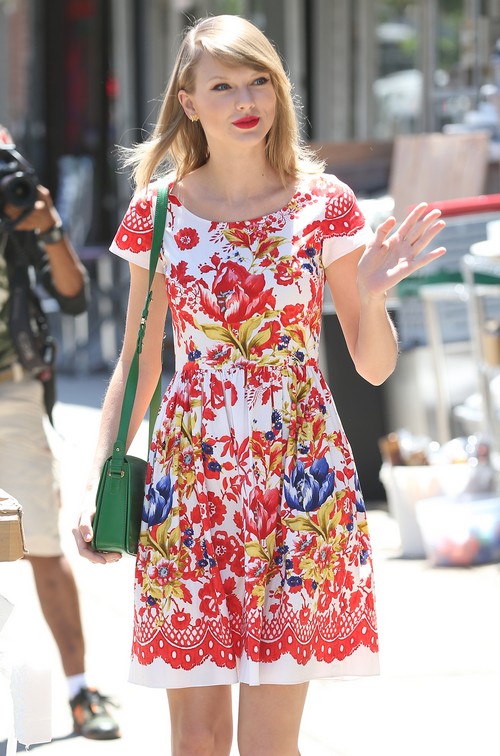 Orlando Bloom and Selena Gomez hooked up a months ago, and Orlando is reportedly already trying to jam on Selena’s ex-best friend, Taylor Swift. Orlando, go find someone your own age to date.

According to the National Enquirer Orlando has been chasing after Taylor with non-stop messages and phone calls, trying to get her to go out with him. However, Taylor is reportedly ‘playing hard to get‘, especially because she’s afraid of ruining her friendship with Miranda Kerr and Selena Gomez. Does that mean that ‘playing hard to get’ means dressing up nicely and posing for photographers every chance you get?

Also, I’d say that her friendship with Selena was ruined a long time ago, especially now that Selena is dating Justin Bieber. As for her ‘friendship’ with Miranda Kerr… what friendship? They’ve hung out a few times because Taylor’s BFFs with a few Victoria’s Secret models. I’d hardly call that a ‘friendship’ – more like an acquaintanceship.

Plus, the Enquirer’s sources add that Taylor doesn’t want to just be a ‘notch’ on Orlando’s belt. She’s looking for a ‘real relationship’, you guys! Right, like the relationship she had with John Mayer or Harry Styles, for example? Please. If Orlando Bloom actually asked Taylor Swift out, she wouldn’t hesitate in saying yes. He is exactly her type – pretty boy looks, nice hair, looks like he could be a teenager from some angles. Besides, Taylor either seems to date guys way younger than her or way older than her, and Orlando fits that bill squarely. In fact, he’s perfect because he is way older, and yet, he looks way younger – thus, she gets the best of both worlds!

What do you guys think? Could you see Taylor and Orlando dating? Let us know your thoughts in the comments below.