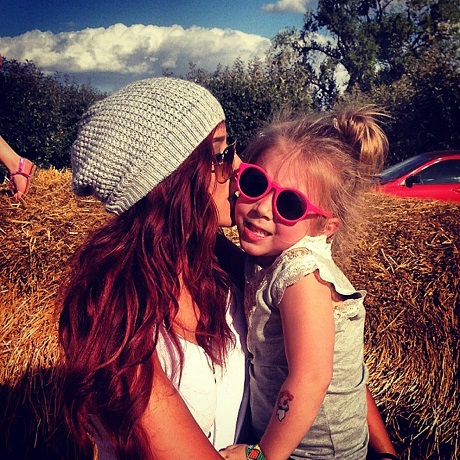 Teen Mom 2 star Chelsea Houska’s ex Adam Lind could easily go down in history as the worst baby-daddy ever. After years of on-again off-again relationships with Chelsea Houska and hooking up with basically any woman with a pulse in South Dakota, the balding play-boy finally appeared to be settling down with his new girlfriend, Taylor Halbur, and fathered a second daughter with her named Paislee. However, in April, they broke up and went their separate ways. According to a new report, Adam now has a third baby on the way with a third girl!

The October 12th edition of OK! Magazine reveals that Adam is currently in jail (again), but there is a girl claiming to be pregnant with his third child. The magazine goes on to say, “Teen Mom 2’s dead beat dad Adam Ling already has two children out of wedlock, one with Chelsea Houska and a second with Taylor Halbur – and it looks like he is about to become a father again.” OK!’s inside source reports, “Adam got another girl Wendy pregnant. Though she could just be using his name to get five minutes of fame.” The source explains that Adam is in jail right now, and completely unaware that he allegedly has another baby on the way, and he already has a new girlfriend, that isn’t Wendy.

Teen Mom 2 was just officially renewed for another season, so surely we will get to see all of the baby drama unfold. At this point MTV might as well just give Adam his own show, because it is going to be tough fitting three baby-mamas into just one episode. Do you keep up with the girls on Teen Mom 2? Are you shocked that Adam Lind has gotten another girl pregnant, or just shocked that it took him so long to get a third girl pregnant? Let us know what you think in the comments below!