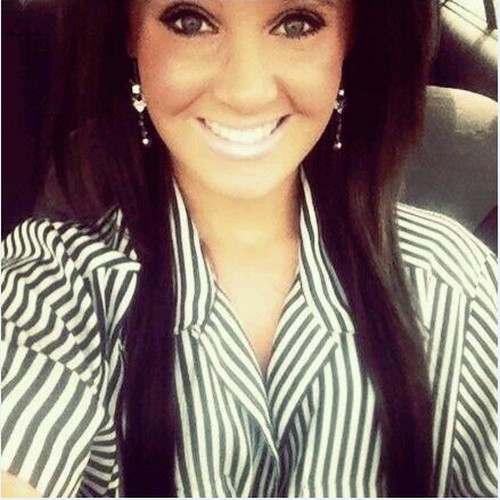 Teen Mom 2’s Jenelle Evans has gone above and beyond to try to prove to people how happy she and her new baby-daddy Nathan Griffith are. Despite her claims of how perfect their relationship is, the truth is finally starting to come out. Jenelle and Nathan’s relationship is far from perfect.

Jenelle is currently approximately four months pregnant with Nathan’s baby, but that hasn’t stopped him from talking to other girls. Just days after Radar Online spoke to a source close to Jenelle, and the source revealed “Nathan was talking to other girls,” we got our hands on screenshots of the messages Nathan was sending. Jenelle’s baby-daddy isn’t just talking to any girl though, he is trying to rekindle his relationship with his previous girlfriend Brianna Dorris. Nathan and Brianna were very serious before Jenelle came along, the couple were living together and raising Brianna’s daughter from a previous relationship together.

In the messages Jenelle’s boyfriend Nathan can be seen telling his ex-girlfriend Brianna that he “can’t stop crying” because he misses her so much. He also tells her that he loves her and he “just has to play his cards right.” Several sources have stated that Nathan is just staying with Jenelle for her Teen Mom 2 paychecks, and to jump-start his modeling/MMA/football career. Most likely that is what he means when he says he has to “play his cards right.” 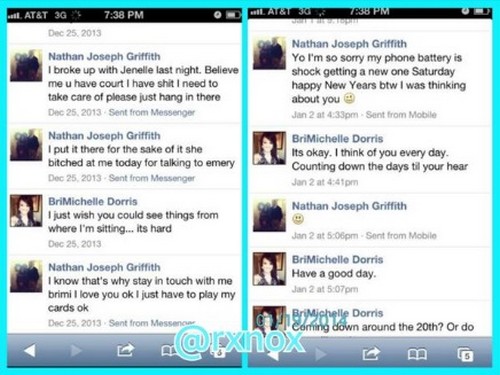 Despite the obvious proof that Nathan Griffith is more interested in his ex than he is in Jenelle, the troubled Teen Mom star is standing by her man. Jenelle demonstrated her ridiculously low self-esteem and took to Twitter to defend Nathan. According to Jenelle she is “over it” and it’s okay because Brianna lives in a different state and “they’re just talking.”

Do you think Jenelle should kick her slimy baby-daddy Nathan Griffith to the curb? Or has she already done so, and is just pretending everything is okay between them because she doesn’t want to admit everyone was right about their phony relationship? 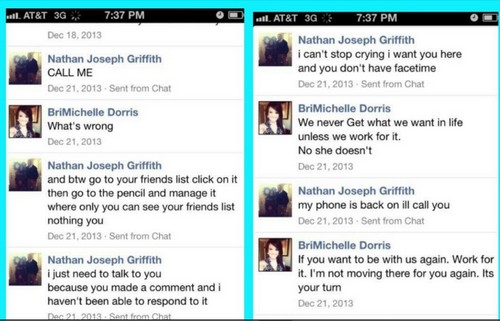