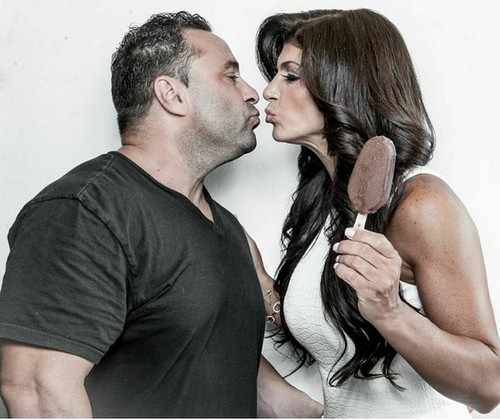 Real Housewives of New Jersey’s Teresa Giudice is not having a very good month, is she? Baby Bump photos emerged on MTO just days before the allegedly pregnant Teresa’s going to be sentenced while she is selling her last house. To add to Tre’s woes, reports are that she’s getting fired from The Real Housewives of New Jersey and is in the process of preparing to divorce Joe Giudice – all within days of being forced into house arrest and/or a real prison sentence.

Let’s look at this logically, shall we? Best case scenario is that Teresa gets house arrest, which means that she’ll be pregnant in her house, broke, without a husband, and without a job. And on top of everything else, she’s become a social pariah among her clique, and networks hate her. Sure, Teresa Giudice is a reality star and as such, her moral boundaries are pretty questionable as it is. But even with that, networks aren’t going to risk their reputations on convicted felons. There’s a reason she’s been fired from The Real Housewives of New Jersey franchise, and it’s not JUST because she’s a diva, everyone else hates her, and she engaged in illegal activity. It’s because no matter the outcome, she’ll have been indicted for FRAUD, and that just isn’t going to fly with a lot of viewers.

Plus, now that she’s been fired and her husband will be in jail, her income stream has dried up. She no longer has a steady job, she can’t rely on her partner to do any of the heavy lifting, and she’s even resorted to selling a house to raise some emergency cash. But if she’s really pregnant, then she’s in trouble either way. Pregnant, broke, and fired is only slightly better than pregnant, broke, jobless, AND homeless.