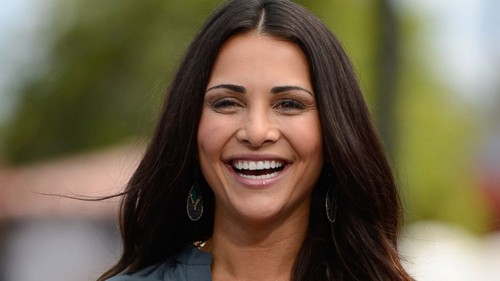 Season 10 The Bachelorette 2014 Andi Dorfman has been surrounded with controversy since she accepted Josh Murray’s proposal during the season finale of the reality TV show. Despite cheating scandals involving contestant Nick Viall and Josh’s old flame Brittany McCord, Andi has been pumping social media with happy couple propaganda and the pair have been bragging in interviews about planning their TV wedding, Andi desperately wants to follow in Sean Lowe and his wife Catherine’s footsteps.

Despite Andi Dorfman’s desperate attempts to hide all of her and Josh’s issues, it looks like the truth is finally coming out and their relationship is crashing and burning. Andi took to Twitter on August 28th and posted a photo of herself with Josh’s dog Sabel and tweeted, “Come home Dad, we miss you! @jmurbulldog.” Andi’s confirmation that Josh is no longer at home with her in Atlanta, spurred rumors that the couple has split.

The truth of the matter is, Josh Murray is out of town for work, but he chose to go willingly because he wanted some miles between himself and his fiancée to do some soul searching. A source close to Murray revealed to CDL that the couple has split temporarily and are taking a break, which is why Josh went away on business. The source goes on to explain, “Josh thought that after The Bachelorette ended he and Andi were going to be a normal couple, but all of the stress of the tabloids has worn him down. He is beginning to think that the rumors are true and all Andi cares about is the fame. He feels likes a pawn, and Andi signing them with a talent manager was really the last straw.”

Considering all the scandal surrounding Josh Murray and Andi Dorfman’s engagement on The Bachelorette, we can’t say we’re exactly shocked that the couple have broken up, temporary or not. Do you think that Andi and Josh will work things out, or are they done for good? Let us know what you think in the comments below.