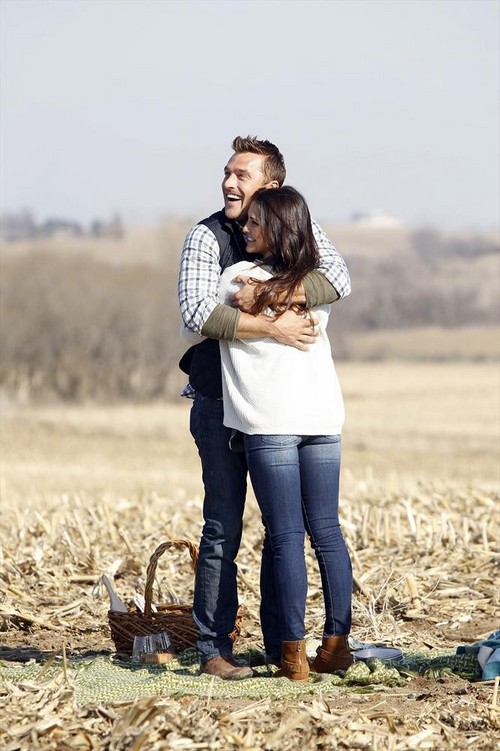 Andi Dorfman and Josh Murray have already started fighting, according to sources [cough, Hi Andi and Josh] close to the couple. They were in their ‘honeymoon phase’ for what? A week? A month? At most, it was a few months, which just proves what we already know – that their entire relationship is a sham.

Now that the required amount of time has passed since the end of the Bachelorette finale – i.e a few weeks – Andi and Josh have to find something to keep themselves relevant to the public. And thus, here begins our weekly updates on the ‘fights’ that Andi and Josh will be having, over their marriage, over their affairs, over their baby plans, over their wedding, etc etc. We’ve seen this with all the previous Bachelor and Bachelorette couples, and these two are no exception.

This particular report from Life & Style claims that Andi and Josh are already fighting about baby plans, with a source telling the tabloid, “If it was up to Josh, Andi would have gotten pregnant yesterday.” However, Andi is reportedly hesitating to start a new family with Josh, probably because she knows this is all temporary. Why have a baby with a dude that you’re just gonna dump soon anyway, right?

Plus, Andi’s clearly interested in starting her career as an actress, and she’ll never be able to do that if she has kids with Josh. Heck, the whole reason that she joined the Bachelorette was to kickstart her acting career, so why would she ruin it by getting pregnant and gaining weight just when she’s about to meet all the important executives who can make her dream come true? Yeah, totally not happening.