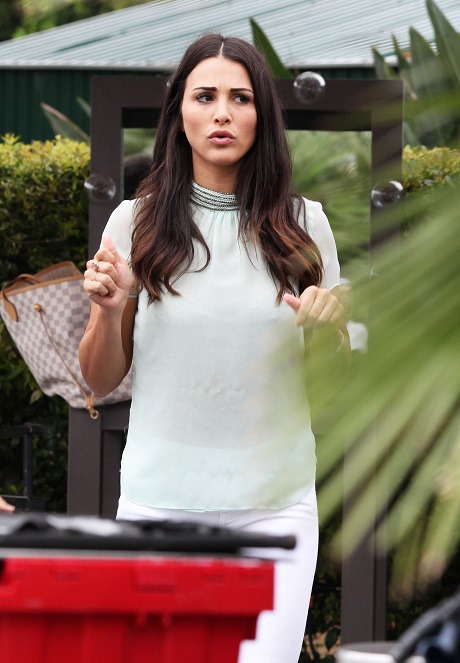 Josh Murray may have gotten the girl on The Bachelorette 2014 but that isn’t making him feel nearly as secure as you would expect. While Andi Dorfman spent her time on the show looking for the perfect guy to have babies with, that doesn’t mean that she is in any hurry to actually start a family. Apparently, Josh got the shock of his life when Andi told him on live television that it will be a little while before they start trying to conceive.

After runner up Nick Viall told the world that he had slept with Andi, it made Josh completely insecure in his romance with Andi. He thought that they have a great connection, but hearing Nick say similar things made Josh realize that Andi may not be completely his just yet. That reality has made him possessive and it occurred to him that, if they were to start a family, then their bond would instantly get stronger.

According to the Aug. 18th print edition of Life & Style Magazine, Andi has no intention of getting pregnant now. In fact, she quit her job as an assistant district attorney so that she can pursue options that would lead her to a career in television. My guess is that she’ll start with Dancing With the Stars and move on from there, just as so many Bachelorette’s before her have done.

It sounds like rather than trapping Andi with a baby Josh is going to have to trust her the good old fashioned way. Do you think that he will be able to trust Andi — should he? Will these two stay together and end up marrying on May 9th as is now planned? Tell us your thoughts in the comments below!