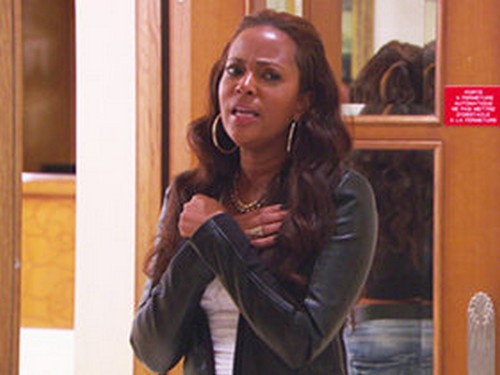 Monday night means that it’s time for VH1’s BASKETBALL WIVES LA! Tonight’s new episode is the finale, the getaway to France is continued, with Malaysia and Jackie trying to reconcile.

On last week’s episode the women journeyed to France to launch Jackie’s product, yet rising tensions jeopardized the getaway and sorely tested Jackie and Malaysia’s friendship.  Did you watch last week’s episode?  We did and we have a full and detailed right here, for you.

On tonight’s episode a getaway in France continues in the Season 3 finale, but there’s no French connection when an attempt to reconcile Malaysia and Jackie takes an ugly turn. Also: Jackie launches her cognac; and Brittish receives an unexpected present from her fiancé.

Tonight’s episode is going to be filled with the usual Basketball Wives of LA drama and you won’t want to miss it, so be sure to tune in for our live coverage of the show tonight at 8 PM EST! While you wait for our recap hit the comments and let us know how excited you are about the new season of “Basketball Wives of LA.”

A getaway in France continues in the season 3 finale, but there’s no French connection when an attempt to reconcile Malaysia and Jackie takes an ugly turn.

After the big dinner blowup from last week, Malaysia and Brandi cool down with a nice walk outside. Meanwhile, still eating and drinking Jackie, Brittish, and Sundy talk bad about Malaysia and Brandi. Malaysia, relieved, thanks Brandi because now she says they can enjoy the rest of the trip without Jackie.

Brittish makes an attempt to smooth things over by having dinner with Malaysia and Brandi. Malaysia shares that she never really felt a friendship with Jackie. Brittish is still hopeful the ladies will come to the event when Jackie unveils her cognac but Malaysia and Brandi are not having it.

The next morning, Jackie, Brittish, and Sundy arrive at the chateau where they are surrounded by cognac. Brittish and Sundy take a sip of some pricey cognac. Brittish takes a sip and laughs as Jackie tells her to think of how sexy it is going down, to think of Lorenzo with how smooth it is. She tells her to forget about how strong it is. The ladies all share a laugh because Brittish is not getting that feeling and has to stop after that first sip. No sooner does that sip hit her enough to feel a little more vulnerable, Jackie moves in with the question…asking Brittish where she was last night when she and Sundy looked for her for a nightcap. Brittish is obviously uncomfortable, but is forced to share that she had dinner with Malaysia and Brandi who Jackie has now dubbed, “the enemy.” Brittish gets a little scolding for trying to be the peacemaker. While Jackie appreciates it, she doesn’t want Brittish around them. Wonder if it is because of how Malaysia said she is holding onto a lot of Jackie’s secrets. Brittish gave up all the dirt from the conversation as well. Jackie becomes even more upset but vows not to let anything ruin her special day.

Later, Sundy, Jackie, and Brittish head out for a cognac tasting. Brittish is still not feeling it. They taste her cognac, see her signature bottle and have her sign it before they all toast to Jackie’s cognac. Later, back at the hotel, Brittish has a special delivery in her room. In the box is a beautiful outfit and some Louboutans. Brittish comes walking down all dressed up in the outfit that was sent to her. She was given a note with it that included some specific instructions for her to be as part of this surprise. Jackie and Sundy ask about the mystery but Brittish can only guess it is something from Lorenzo. Brittish us nervous because she doesn’t really know what to expect. Sundy and Jackie tag along for the ride. They are dropped off at the location she was told to be at. She walks in the room and Lorenzo is waiting for her with a rose. He gives her a very emotional speech about his love for her. He is holding back tears as he talks. Now we know why he chose a white dress for Brittish. This special day ends with a commitment ceremony on the beautiful balcony. Sundy and Jackie are there to witness the joyous event. Brittish kisses her man and is so grateful for his surprise.

Despite Jackie telling Brittish in front of Sundy not to meddle or try to mend fences, Sundy can’t resist and requests a meeting with Malaysia. Malaysia sees through the manipulation and tells Sundy as much. Sundy keeps pressuring Malaysia to just let things go for now, but Malaysia just cannot let herself be around Jackie.

The next morning Brittish, Jackie, and Sundy are eating breakfast. Sundy is sure she sealed the deal with getting Malaysia and Brandi to join them and….she did! Malaysia and Brandi come in with their robes on and sunglasses. The ladies had a really fun night out the night before. They start out with some light conversation. Sundy starts the conversation by sharing her plan for them to all talk things out. Jackie does NOT look happy. Malaysia politely declines and after Sundy questions why she tells her that she just wants to enjoy the time and doesn’t want to fight with anyone. She is open to talking about it, but just not now. That was not good enough for Jackie and Sunday and Jackie tells them to go. They head out without a word, but Sundy is not having it and is too upset to let it go. Sundy chases after them and Malaysia is still calm and continues to walk away but Sundy keeps on after them. Sundy gets back to being Sundy and just has to go there..she starts in on Brandi and hits her below the belt by talking about her problems with conceiving a child. That is just really messed up. Health issues (Brandi had cancer) and anything to do with children should be off limits. Sundy saunters off yelling about how she has three kids. Well, Sundy…that doesn’t necessarily make you a good mother.

Sundy goes back to the room and tells Jackie and Brittish what she said. Even Jackie and Brittish call her on her tacky, classless comment. Sundy needs to get off the alcohol and fast. Brittish feels bad and goes to talk to Brandi. Brittish talks about how bad it was about Sundy talking about Brandi not being able to have kids. Unfortunately, Brandi hadn’t heard that part…but now she did. Brittish feels bad and she and Malaysia attempt to chase after Brandi as she runs out of the room to go pay Sundy back for her tacky comment. The ladies cannot stop her. Brandi is infuriated and breaks down screaming as Malaysia holds her and they cry together. Malaysia just holds her to calm her down. Malaysia tells Brandi that Sundy is not worth it. Brittish is trying to mend everything from all sides and is just in way over her head.

Malaysia asks Jackie to meet. She is so upset that she’s brought her friend into this mess of women. Malaysia tells her that she cannot be in her life. Jackie turns it to herself as she shares that everything was very hurtful to her because lies were told about her. Malaysia reminds her of all they’ve been through and tells her she just cannot allow herself or her friends to be hurt by her anymore. Jackie sheds a tear and leaves Malaysia sitting alone in the room, somewhat at peace now.

Tune in next week because we will bring you the recap of the explosive reunion special.