The Bold and the Beautiful Spoilers: Ridge Destroys Bill and Brooke’s Wedding – Announces Bill and Justin Tried To Kill Him? 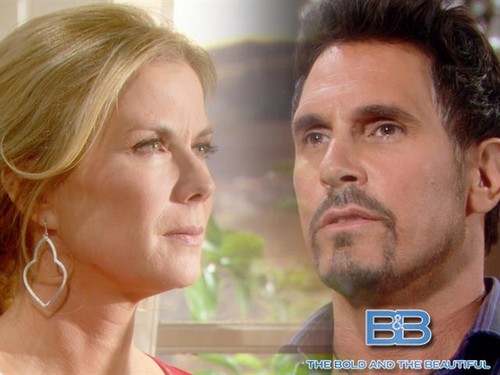 The Bold and the Beautiful CDL spoilers revealed nearly a month ago that there would be another B&B wedding in the works, and some members of the cast were shooting the nuptials in Monte Carlo during the month of June. With all of the weddings, and almost weddings that occur on the CBS soap opera, it really was anyone’s guess who was trying to walk down the aisle this time.

The three most likely couples to walk down the aisle next would have to be Brooke and Bill, seeing as how their last wedding was interrupted by Ridge in Abu Dhabi. Liam and Hope are together again, and we all know how much that couple loves to throw a wedding. And, some fans even speculated that Ridge and Katie might say their “I Do’s.” After all, they are technically engaged, and near death experiences like swimming with the sharks in the Persian Gulf can drive a man to make spur of the moment decisions, like rushing to Monte Carlo to marry his new fiancé.

Bold and the Beautiful spoilers recently revealed that on July 17th Bill “hastily makes plans for another wedding” and tries to get Brooke to walk down the aisle with him before Ridge reveals to her that Bill intentionally caused his helicopter accident in Abu Dhabi. How hilarious would it be if Brooke and Bill are standing at the altar about to say their “I Do’s” …again. And, Ridge crashes their second wedding to tell Brooke that Bill tried to kill him when he crashed their first wedding in Abu Dhabi. Oh, the irony.