The Bold and the Beautiful Spoilers: Hope and Brooke Cause Deacon and Bill Conflict – Who Wins? 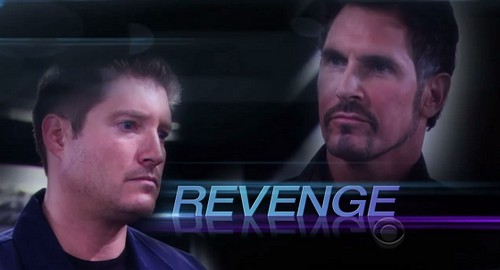 Sean Kanan recently returned to CBS’s popular soap opera The Bold and the Beautiful as the controversial character Deacon Sharpe. The last time B&B fans saw Deacon Sharpe, Bill Spencer was forcing him to derail his own daughter Hope’s wedding to Liam Spencer. So, we all knew it would only be a matter of time before Deacon and Bill butted heads again.

According to spoilers in the July 7th edition of Soap Opera Digest, it is finally time for the highly anticipated Bill and Deacon showdown. SOD teases, “The newly returned Deacon crosses paths with Bill, and considering the bad blood between them, the encounter is less than friendly.” Deacon may be a lot of things, but it seems like he genuinely cares about his daughter Hope (to some extent), and he resents Bill for trying to manipulate him into destroying his daughter’s marriage.

It really is anyone’s guess who will come out on top when Bill and Deacon wage war against each other. Bill is sneaky and manipulative and has tons of cash at his disposal to help him pull off his various schemes. And Deacon doesn’t have a dollar to his name; he is crashing in Crazy Quinn’s warehouse. But, Deacon does have an edge, seeing as how he really has nothing to lose. Bill and Deacon may not have seen eye-to-eye before, but now that Bill was literally ten seconds away from saying “I Do” to Deacon’s baby-mama, Brooke, there is sure to be some testosterone flying.