The Bold and the Beautiful Spoilers September 26: Bill and Deacon Fight To Marry Brooke But She Leaves Show Without Choosing? 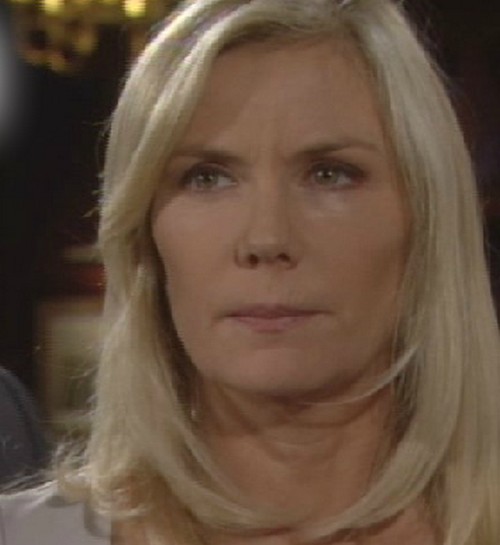 The Bold and the Beautiful spoilers for September 26 reveal that there will be a serious battle for Brooke’s heart on the CBS soap opera. Brooke’s baby-daddy, Deacon Sharpe, recently returned to Bold and the Beautiful, and he made it very clear that he had every intention of reuniting with Hope’s mom. Brooke was set to marry Bill Spencer, but the wedding was called off once again when Brooke learned that Bill orchestrated Ridge’s helicopter accident in Abu Dhabi. Deacon took advantage of Bill’s culpability and asked Brooke to marry him.

Bold and the Beautiful September 26 spoilers reveal that Bill Spencer is not ready to give up on Brooke and plans to try to win her back. According to B&B spoilers in the next few weeks, the battle over Brooke will really heat up between Bill and Ridge. Bill and Deacon have had run-ins in the past, and already share a great deal of animosity towards each other, but as they both battle for Brooke’s hand in marriage, a serious grudge match ensues.

So, who will Brooke choose: Bill Spencer or Deacon Sharpe? Well, Brooke’s portrayer ,Katherine Kelly-Lang may have already let the cat out of the bag. Lang recently announced on Facebook that she is taking a few months off from Bold and the Beautiful and is heading to Europe to star in the Italian version of Dancing With The Stars. According to the soap opera actress, Brooke will be written out of the soap to do some soul searching for a few weeks. Does that mean that she doesn’t choose Bill or Deacon?

What do you think, B&B fans? Should Brooke choose Deacon or Bill? Do you think that since Brooke leaves to do some “soul-searching” that means that she doesn’t choose either man? Let us know what you think in the comments below and don’t forget to check CDL tomorrow for more Bold and the Beautiful spoilers.