The Bold and the Beautiful Spoilers: Deacon Kisses Brooke – Will Bill Lose Brooke to Deacon After Confession About Ridge? 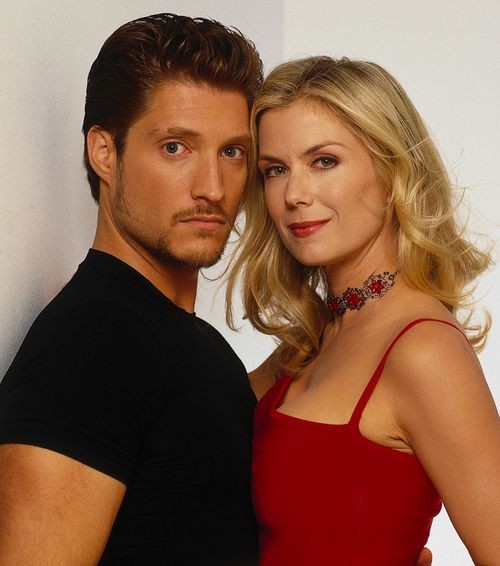 When Bold and the Beautiful spoilers revealed earlier this year that Sean Kanan was returning as Hope’s father Deacon Sharpe, B&B fans knew it would only be a matter of time before he and Brooke Logan ended up together again. And it looks like everyone was right; Deacon said he returned because he wanted a relationship with his daughter Hope. And a fool could see that he clearly wants to have a relationship with Hope’s mother Brooke as well.

Deacon recently made a bold move on Bold and the Beautiful, and he joined forces with Ridge and Katie and helped them prove that Bill Spencer and his henchman Justin are the reason he took an impromptu swim in the Persian Gulf. Obviously, Deacon had ulterior motive: if he could prove that Bill was responsible for Ridge’s accident, then he won’t have to worry about Bill and Brooke making it down the aisle in Catalina. And when Brooke finds out what Bill did, she will most likely dump him — cue rebound: Deacon.

According to Bold and the Beautiful spoilers in the August 11th edition of CBS Soaps In Depth, Deacon finally makes his move on Brooke. The magazine teases, “Hope’s often AWOL father tells Brooke that he wants her back. In fact, Deacon admits it is something he’s been wanting for a very long time. As the week concludes, Deacon shows Brooke just how serious he is, when he plants a passionate kiss on her lips!”

So, it looks like Bill and Brooke might be really over after Deacon reveals that Bill was the reason behind Ridge’s helicopter accident on Abu Dhabi. There is one thing that doesn’t make sense though, Bold and the Beautiful spoilers teased last month that they filmed a wedding in Monaco. Who is getting married?

Could it be possible that Deacon convinces Brooke to let him stand in for Bill in the wedding that is already all planned? Do you like the idea of Deacon and Brooke getting back together, or would you rather her stay will Bill? Let us know what you think in the comments below and don’t forget to check CDL tomorrow for more Bold and the Beautiful spoilers.