The Bold and the Beautiful Spoilers: Eric Announces a New CEO At Forrester Creations – Will He Choose Ridge Or Rick? 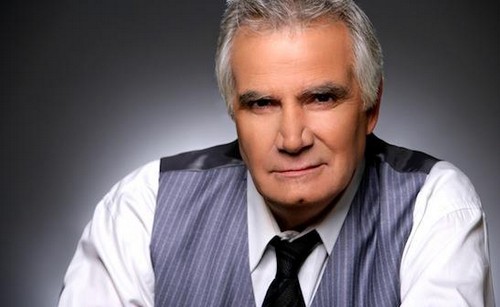 The Bold and the Beautiful spoilers have been teasing a possible affair between Ridge and Caroline for weeks now. According to B&B spoilers, Rick will finally see what the audience has been noticing for quite a while now, the sparks flying between his wife and Ridge. There has always been an underlying battle between Ridge and Rick, because they both think they are the rightful heir to Forrester Creations. When Rick discovers the chemistry between his wife and Ridge, tempers fly, and war erupts between the two brothers.

According to Bold and the Beautiful spoilers, Eric Forrester chooses now of all times, to decide to hand over the CEO position of Forrester Creations to one of his sons. Ridge and Rick are already out for blood, and all bets are off when they learn that they aren’t just fighting for Caroline, but for their family’s company. B&B spoilers tease that Rick actually has the upper hand in the battle, because Caroline confesses to him that Ridge can no longer draw or design. Obviously, Rick takes the news straight to Eric Forrester.

It seems like the only edge that Ridge had on Rick was creative, his designs have fueled Forrester Creation’s lines for years. Now, Ridge no longer has that to hang over Rick’s head and use as a bargaining chip when trying to prove he should be the next CEO. According to Bold and the Beautiful spoilers in the October 13th edition of Soap Opera Digest, Eric will reveal who the next Forrester Creations’ CEO is on Friday October 10.

So B&B fans, what do you think of the battle heating up between Rick and Ridge? Does Rick have reason to be upset over Caroline and Ridge’s partnership, or is he overreacting? And what about Eric, who do you think he will name the next CEO of Forrester Creations? Let us know what you think in the comments below and don’t forget to check CDL tomorrow for more Bold and the Beautiful spoilers.