The Bold and the Beautiful Spoilers: Ivy Kisses Liam, Hope Loses Her Mind! – What Will Wyatt Think? 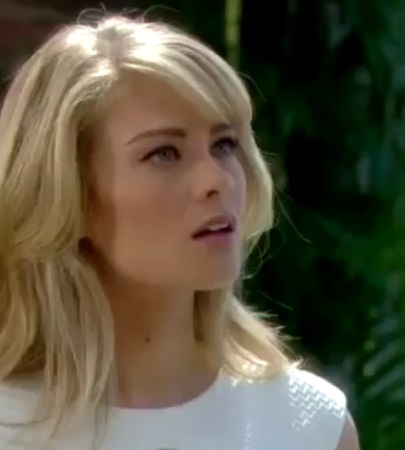 The Bold and the Beautiful spoilers tease that all hell breaks loose when Hope catches Ivy Forrester kissing her ex-fiance Liam. Hope is technically married to Wyatt now, so it is none of her business who Liam kisses, but that doesn’t seem to stop her from becoming a hot jealous mess. In an all new Bold and the Beautiful spoiler video for the week of September 1, Hope confronts Ivy about trying to hook up with Liam and Wyatt, and fireworks fly!

The Bold and the Beautiful spoiler video begins with Ivy and Liam kissing and flirting, Ivy brags to Aly that she wants to help Liam “forget about” his break-up with Hope. Meanwhile, Hope rages to her hubby Wyatt about Ivy and Liam hooking up, she is not happy about it, and obviously jealous. Wyatt on the other hand is thrilled for his brother and says, “Bro is moving right along, good for him!” At the end of the B&B spoiler video, a disgruntled Hope tells Ivy she should stay away from Liam. And, Ivy snaps back “What does your husband think of that?”

It looks like Hope’s true colors are beginning to show, she wants to have her cake and eat it too, she truly believes she can be married to Wyatt and still control Liam. When Bold and the Beautiful spoilers revealed that Ivy Forrester was headed to the CBS soap opera, we all speculated that she may be the new Steffy Forrester, and it looks like she is filling Steffy’s shoes perfectly. Not only does Ivy clearly have her sights set on Liam, but she is not backing down to Hope and giving her a run for her money.

What do you think Bold and the Beautiful fans, do you like the idea of Liam and Ivy? Or would you rather see Liam with Hope? And, what about Hope’s behavior, where does she get off telling Ivy to stay away from Liam when she is married to Wyatt? Let us know what you think in the comments below!