The Bold and the Beautiful Spoilers: Ivy Makes Her Move On Liam – Helps Him Get Over Losing Hope With Hot Love? 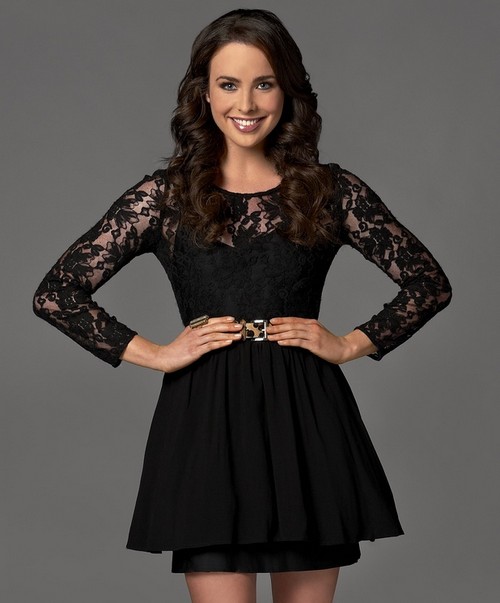 The Bold and the Beautiful spoilers revealed that Ivy Forrester would be one of the Spencer brothers’ love interests before she even arrived at Forrester Creations. Frankly, we all thought Hope would marry Liam in Paris, and Ivy would end up with Wyatt. However, in a bizarre twist Hope married Wyatt and kicked Liam to the curb. So, it looks like Ivy’s new love interest is going to be Liam Spencer.

B&B spoilers teased that Ivy and Liam would grow closer during their spontaneous trip to Paris, and they did. The Bold and the beautiful writers are definitely laying down the groundwork for a future relationship between Ivy and Liam. First there was Ivy meddling in Wyatt giving Hope the HFTF diamond when she first arrived, then there was that awkward kiss after Liam helped fish her out of the river in Paris, and there’s the way she gushed to Aly about how “amazing” Liam is , and how much of a gentleman he is. It’s obvious that Ivy likes Liam, but will he return the feeling?

Well, according to Bold and the Beautiful spoilers in the September 8th edition of CBS Soaps In Depth, there is a chance Liam could pursue a relationship with Ivy Forrester this Fall! B&B executive producer Bradley Bell told the magazine, “Much to Liam’s surprise, Ivy is waiting in the wings to comfort him and help him move on from his heartbreak. Will he be able to set his feelings for Hope aside and welcome Ivy’s advances?”

What do you think B&B fans? Would you like to see Liam finally move on from Hope Logan, and give Ivy Forrester a chance? Do you think that seeing Liam and Ivy together will make Hope suddenly realize that it was Liam she wanted all along, and make her leave her hubby Wyatt? Let us know what you think in the comments below and don’t forget to check CDL tomorrow for more Bold and the Beautiful spoilers.